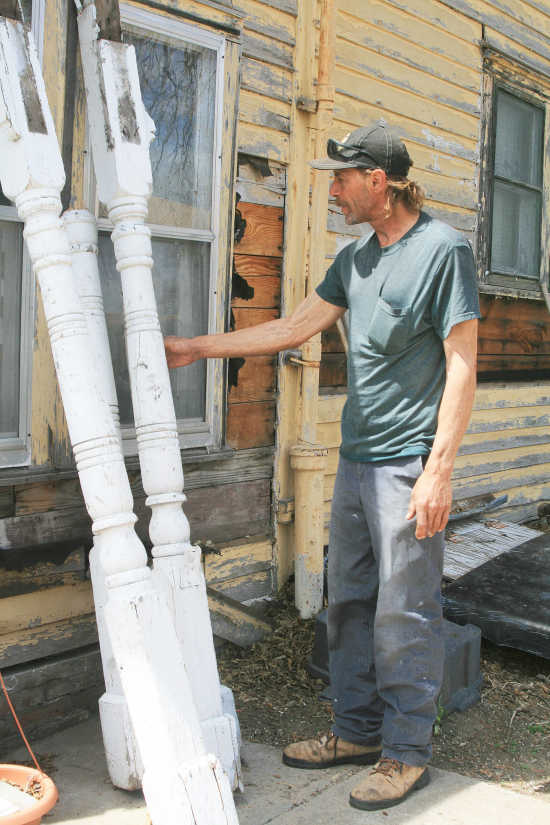 Fred and Jane Ridpath, of Oxford, Nebraska, are salvaging about 70 percent of each structure they dismantle. They feel good about the high percentage … that they can then offer good, reusable building materials for recycling or repurposing. They’re preventing viable, valuable architectural artifacts from being bulldozed and hauled to the dump, Fred says.

“We’re doing our part to keep the whole planet from becoming a landfill,” Jane says.

Fred and Jane respect the older houses they dismantle. “We love the character of old houses,” Fred said. “It’s most heart-breaking when we see old houses bulldozed,” Jane said.

Fred started his most recent salvaging endeavors reclaiming the recyclable metals from houses that the Village of Oxford intended to demolish. Before they can tear anything down, the structure has to be inspected, and asbestos removed, Fred said. “I don’t mind the inspections. We (he and Jane) do it by the book,” Fred said, explaining that the inspections keep him safe and prevent him from “draggin’ something home” to Jane or to their dogs and cats. 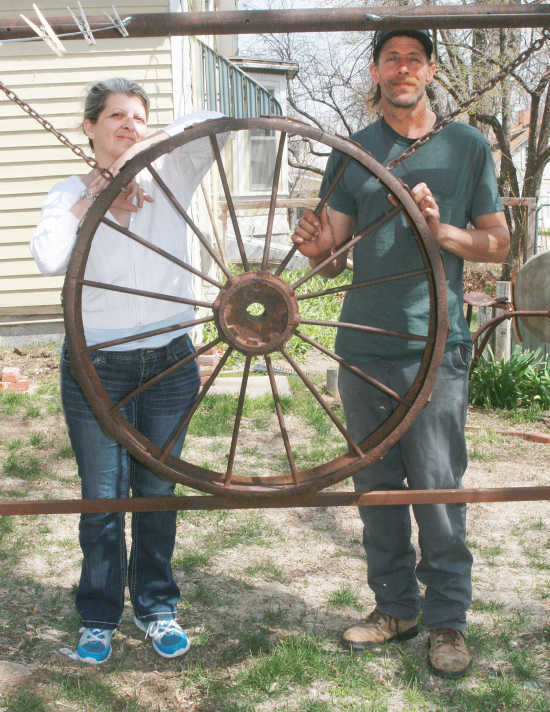