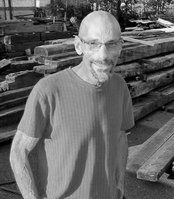 Fred Shapiro, the owner of Silver Fox Salvage in Albany, passed away late last week. Silver Fox is the architectural salvage business that has created woodwork, ironwork, and lighting out of reclaimed materials for a number of Capital Region businesses including City Beer Hall and Dinosaur Bar-B-Que.

Shapiro worked as an oncologist for 17 years before starting the architectural salvage business back in 2007. His longtime friend and co-founder of the warehouse, Camille Gibeau, says Shapiro always had an interest in salvage — possibly because he grew up with so little.

via “He could always turn nothing into something.” | All Over Albany.