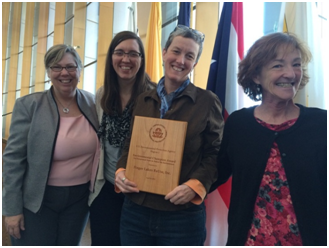 The United States Environmental Protection Agency (EPA) has named Finger Lakes ReUse (ReUse) as a recipient of its 2015 Environmental Champion Award. ReUse was nominated for this award, the highest honor presented to the public by EPA, by Tompkins County Solid Waste Manager Barbara Eckstrom, in recognition of its accomplishments in transforming waste into jobs and job skills training opportunities for the community.