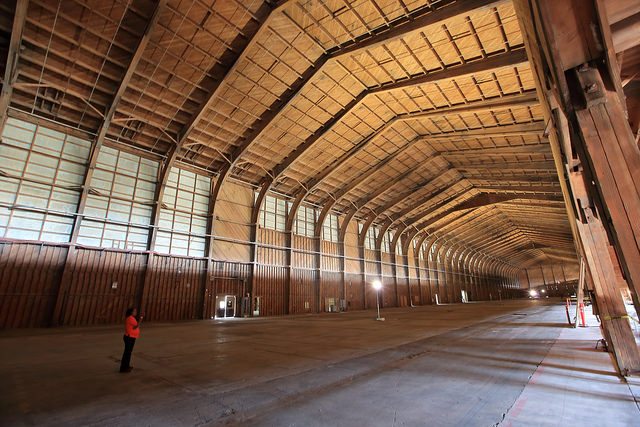 The hangar is massive, with an area of 319,000-square-feet. It had to be huge because The Spruce Goose had eight propeller engines and a wingspan longer than a football field, according to The History Channel. Google is expected to use the hangar as an expansion of its L.A. offices. There is no word about a move-in date, or what the company will do with the adjacent land it purchased in 2014.