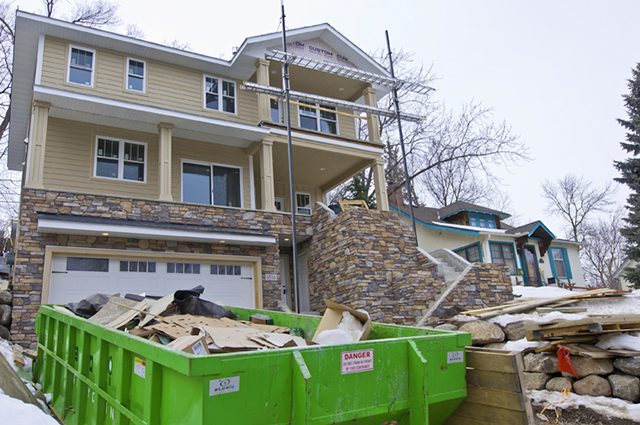 MinnPost file photo by Bill Kelley
Burying construction debris can dredge up naturally-occurring chemicals in the soil like arsenic and manganese that leach into groundwater after precipitation.

In order to catch up with demolition, Adams said he wants people who don’t deconstruct buildings to pay what he calls the “social costs” of carbon emissions to cities, which is the price of mitigating climate change. Reuse and recycle of construction waste cuts down on emissions in part because of the energy it takes to create new building materials. Adams pegged that carbon cost at roughly $9,000 for a typical house. He said cities should use that money to offer grants to homeowners who can’t pay for decon

Source: The problem, and politics, of throwing old houses in the garbage | MinnPost