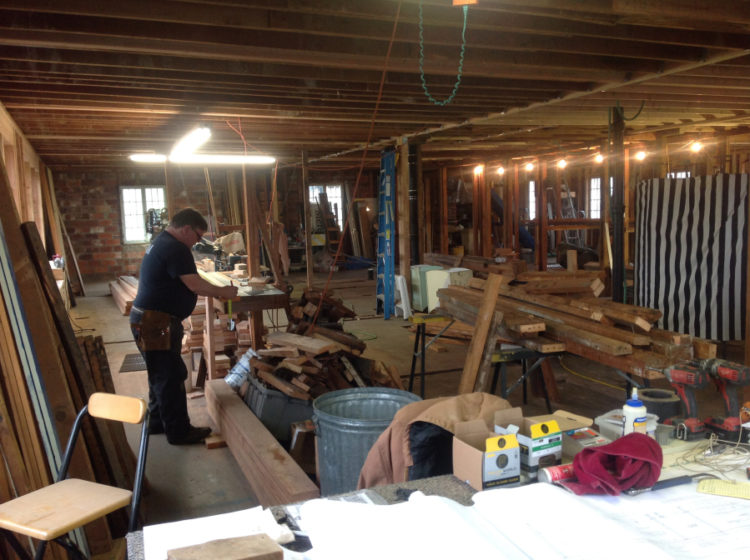 Mark Nichols, a Portland-based remodeler, works on framing the second floor walls of the Blair Building in downtown Washougal, in October 2016. The upper level of the historic building on Main Street has been transformed into four studio apartments with modern amenities. (Contributed photo courtesy of Heidi Kramer)