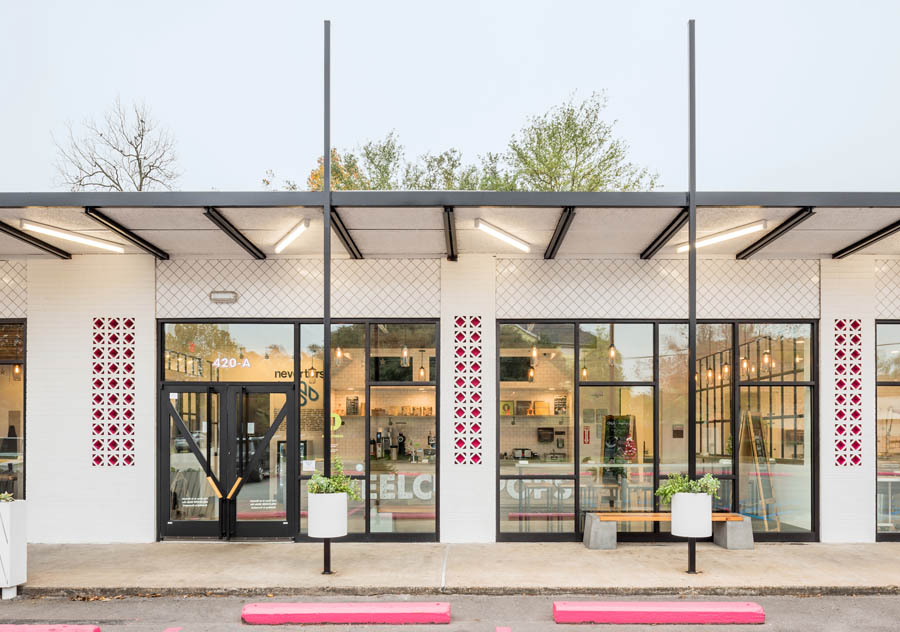 For the architecture firm Schaum/Shieh, reuse necessarily means embracing the “background buildings” found throughout American suburbs, like the strip mall. In Houston, Schaum/Shieh retrofitted a midcentury washateria into a series of storefronts, while taking pains to highlight the craftsmanship of the original build. Courtesy Peter Molick

The building sector accounts for about a third of global fuel consumption, but its systematic energetic impact may be still greater. Because we sense the glow and hum of the machines around us, because we are accustomed to paying monthly energy bills and encouraged by the idea that adjusting the thermostat saves money—and, somehow, the planet—we may be more sensitive to running costs than to embodied energy. But, as Moe puts it in that interview, “that’s not really dealing with energy, that’s dealing with the fuel efficiency of a building, which is important, but missing the big picture.”

Source: A New Idea in Architecture? No New Buildings – Metropolis