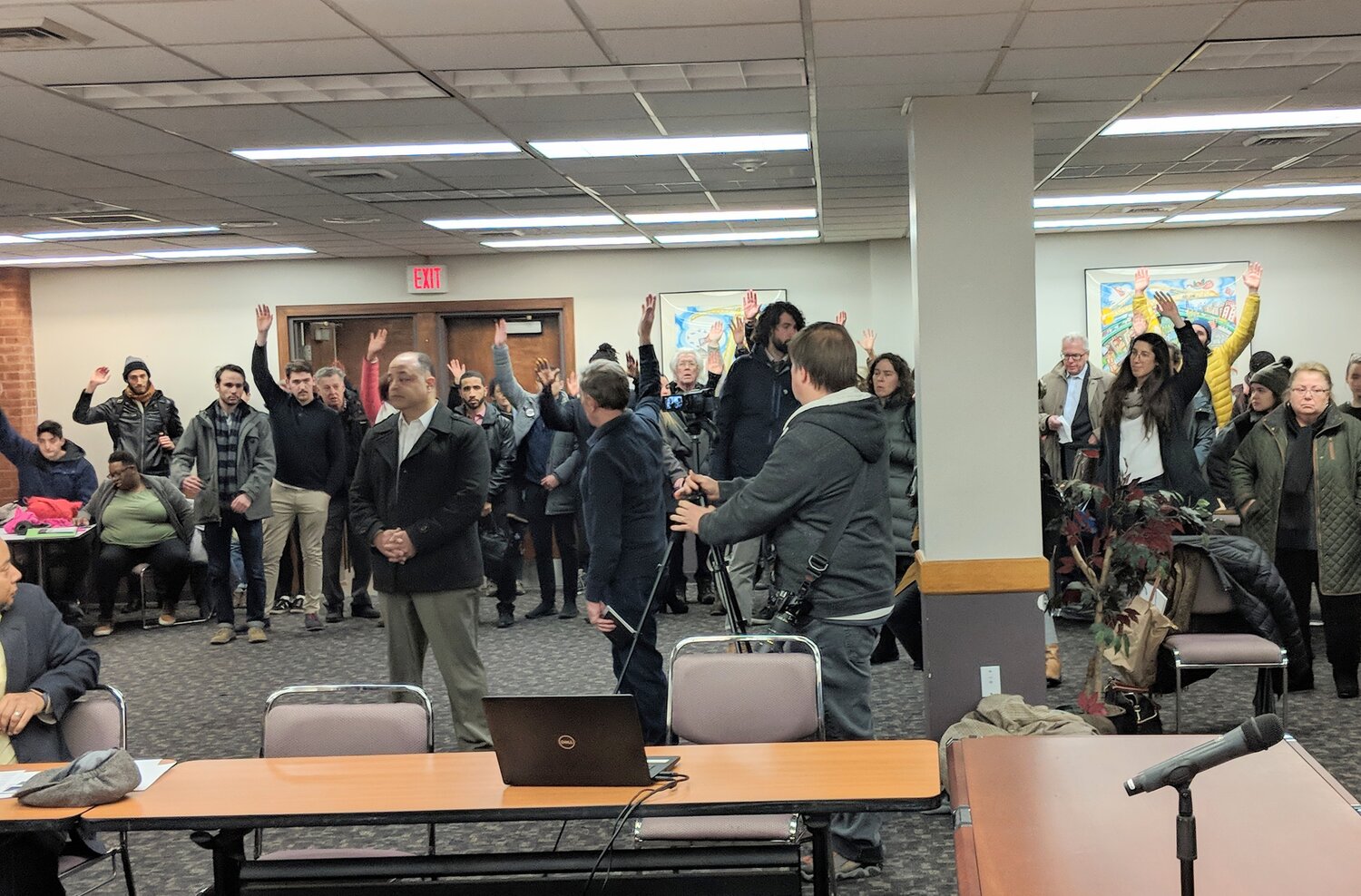 Nearly 100 opponents of the proposed waste facility on Allens Avenue in Providence raise their hands in silent protest at the Jan. 21 meeting of the City Plan Commission. (Tim Faulkner/ecoRI News)

During the rally, City Council member Pedro Espinal described how the addition of about 200 trucks per day heading to and from the proposed waste-processing facility would impact the five schools in neighborhood. “This facility will only increase the pollution and contaminants of South Providence,” Espinal said.