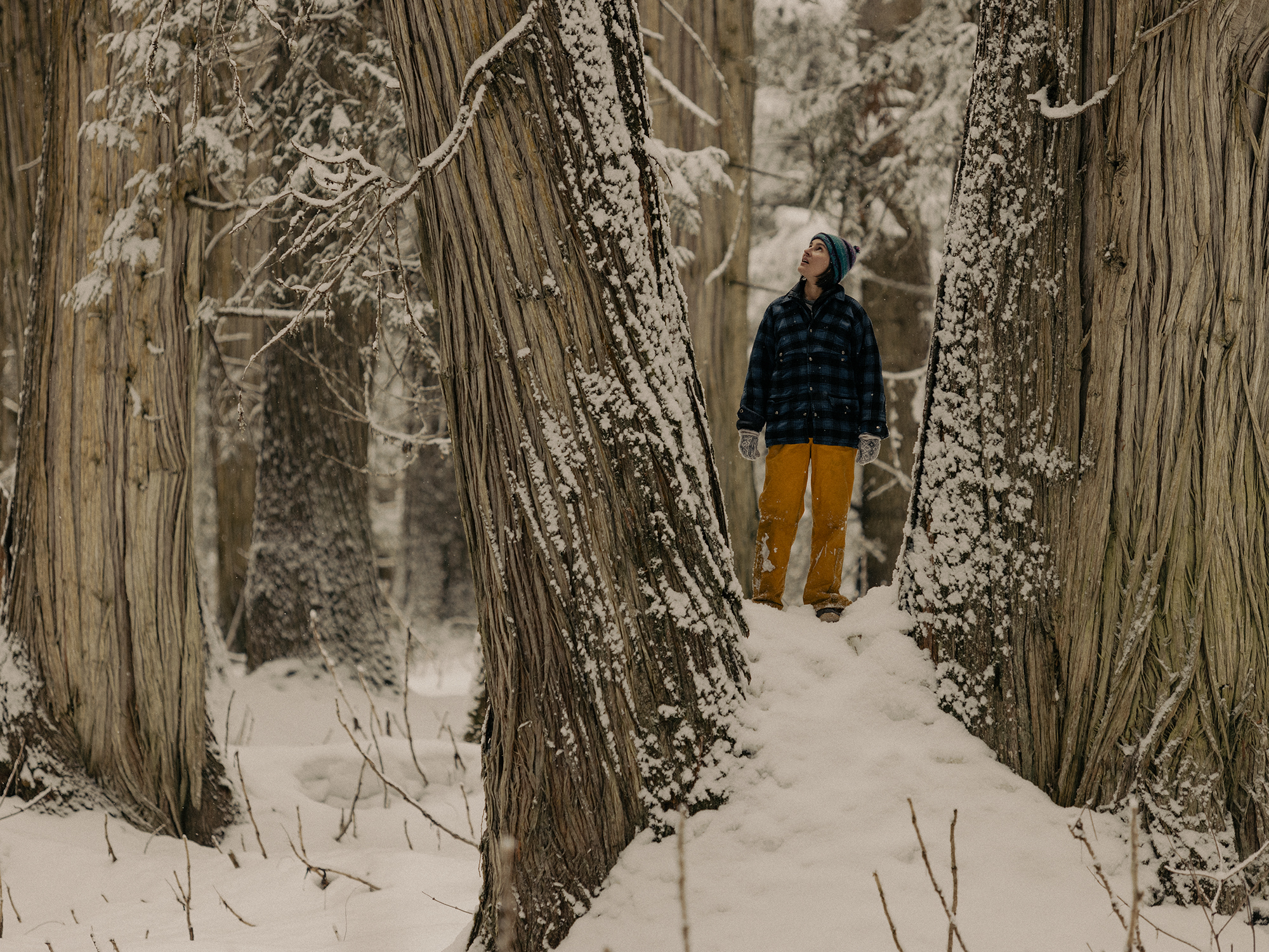 Ecologist Michelle Connolly standing among cedar trees in the inland temperate rainforest near Penny, BC. The inland rainforest gets much less attention from environmental groups than BC’s coastal rainforests, but it is an even rarer ecosystem.

In 2021, Connolly co-authored a peer-reviewed study that found that BC’s inland rainforest — which once totaled over 1.3 million hectares — was endangered, according to International Union for Conservation of Nature criteria, and could experience ecological collapse within a decade if current logging rates continue. The study found that 95 percent of its core habitat, forest located more than 100 meters from a road, had been lost since 1970. “We’re fighting over the last pieces,” Connolly says.