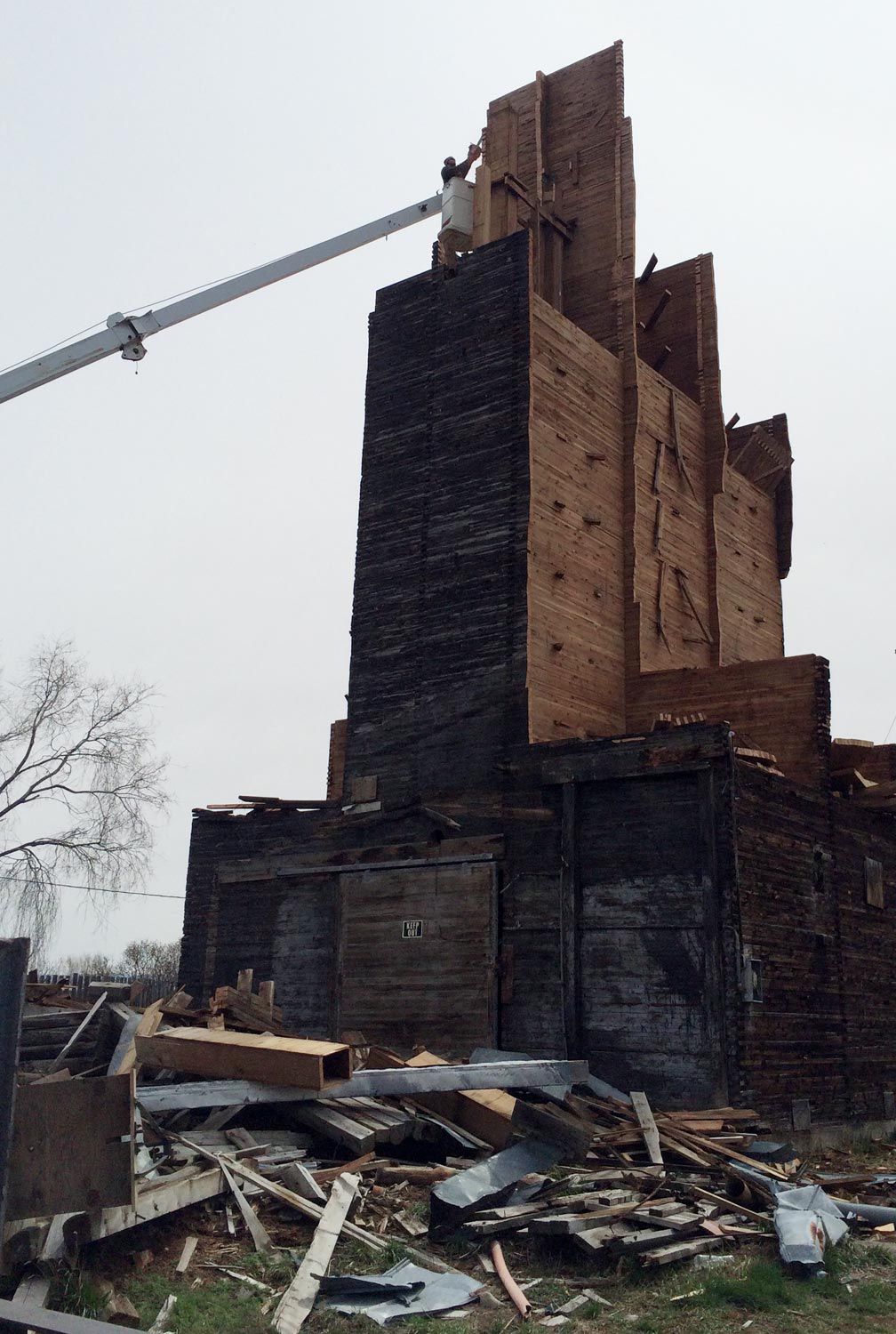 A deconstruction crew, including a man with a chainsaw atop a crane bucket, slowly saws down a grain elevator that’s stood as a landmark of sort on the south side of St. Anthony for more than 100 years.  Joyce Edlefsen

Trost’s Feed and Seed started life in 1901 or 1902 as Miller Brothers. It burned down almost as soon as it was completed, but the brothers rebuilt it the next year. According to a sign painted on the Miller elevator, it dealt in grain, flour, produce, eggs, feed stuff, salt and coal.The Black Elevator, nicknamed for its dark, oxidized wood color, apparently was used at about the same time, and seemed to have been owned by the same people as the other elevators in town.