“Some of these cities waited for somebody to come and solve their problems for them. That day is no longer with us,” Uwe Brandes, executive director of the Masters Program in Urban and regional Planning at Georgetown University, said.

Since 2010, eight cities and towns have filed for bankruptcy. The economic crisis has led residents to join forces to find creative ways to rescue and rebuild their communities.

“My friend and I had this idea, well, why don’t we just grow food in the city. Seems like a really easy plan right?” Cheryl Carmona, in Baltimore, Md., said.

From that idea grew Boone Street Farm, an urban garden in a rundown East Baltimore neighborhood.

In a statement issued by the United States District Court for Eastern Michigan, mediators called the foundations’ agreement “an extraordinary and unprecedented effort to help resolve two very challenging sets of issues — the underfunding of Detroit’s two pension systems and the preservation” of the Detroit Institute “and its iconic art collection.”

via $300 Million Pledged to Save Detroit’s Art Collection – NYTimes.com.

Photographers have flocked to the city to capture the decline; two French photographers even produced a book, “The Ruins of Detroit.” But since the city declared bankruptcy in July, hotels say they’ve seen an uptick in visitors inquiring about the ruins. So have restaurants in the up-and-coming district of Corktown, near the abandoned train station.

via Detroit’s abandoned buildings draw tourists instead of developers – latimes.com. 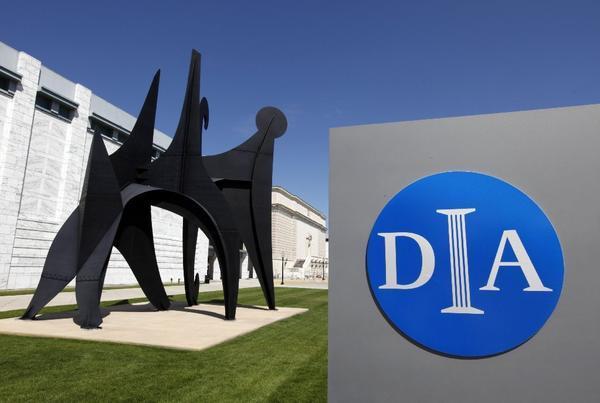 Greg Willerer is embracing urban agriculture in Detroit. By selling at farmers markets, local restaurants and a community-supported agriculture project that sells his goods directly to consumers, Willerer said he can make $20,000 to $30,000 per acre in a year.

This has left it with an abundance of underused property. The city is spread over 139 square miles and has an estimated 150,000 vacant and abandoned parcels, according to a report this year by Detroit Future City, a planning project created by community leaders.

Converting some of that land to farming could clean up blight and grow jobs, regional officials say. With sufficient consumer demand and the emergence of a local food-processing industry, 4,700 jobs and $20 million in business taxes could be generated, according to a 2009 study.

“It will help,” said Mike DiBernardo, an economic development specialist with Michigan’s agriculture department. “We have so much blighted land that we can create opportunities for entrepreneurs, and we can give people in the community something to be excited about.”