As the industrial base of the Factory Belt declined, so did these bars and social clubs, which makes it a special occurrence to unearth the rough-hewn exterior of a remaining building. Some still serve the old purposes, though mostly on a much smaller scale. The sense of community that, at one time, was pervasive in these towns, has been fragmented by broken histories, transience, and changing cultures. via Randy Fox: Stuffed Elk Heads And The Old Bars Of The Rust Belt (PHOTOS). 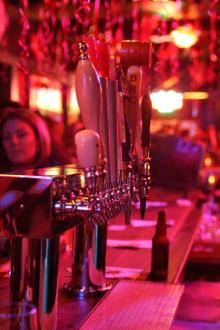