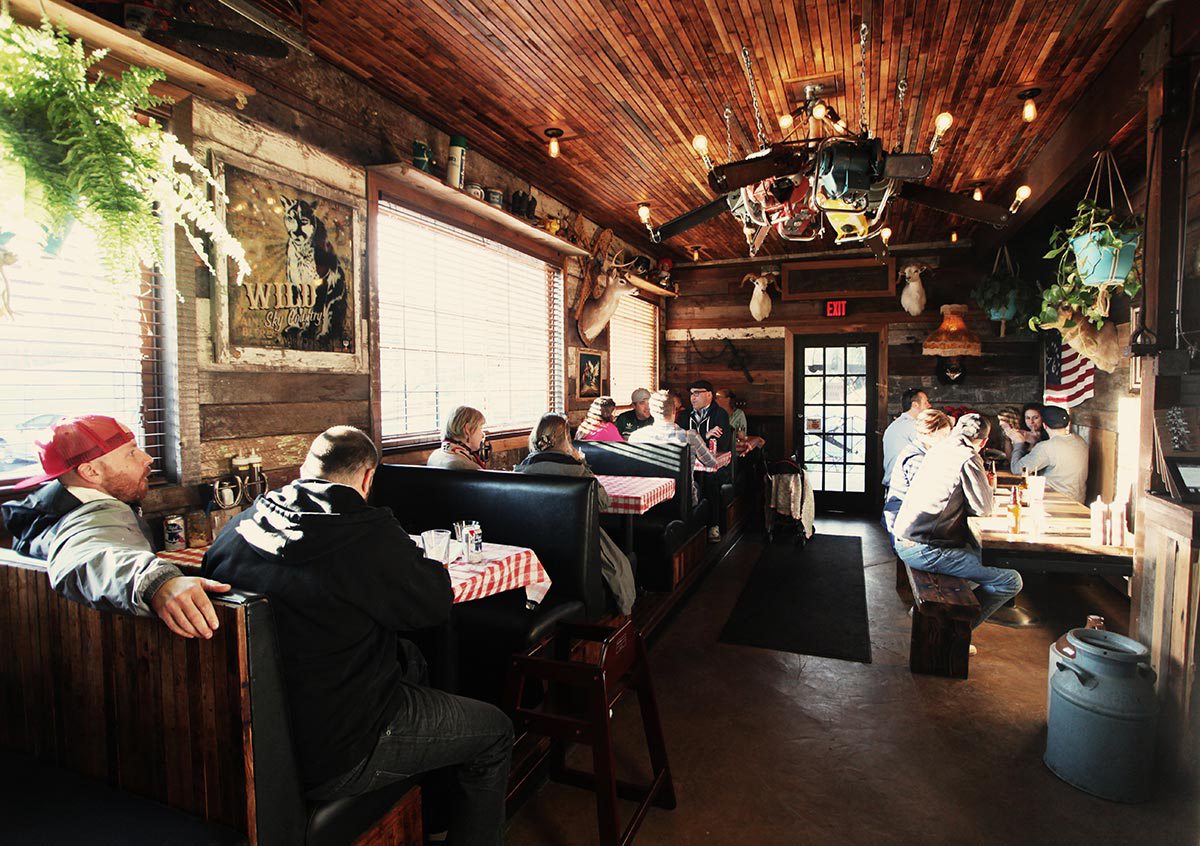 20 plus years of experience working in other BBQ restaurants followed by 3 years of testing our own recipes and rubs out of our Airstream trailer food truck has brought us here. All of our meats come from sustainable farms in Washington and Oregon that pride themselves on organic, hormone free, pasture raised, free range, well taken care of animals!

Source: About Us – Two Shoe BBQ

The new Salvage BBQ in the old Portland Architectural Salvage Building shows off owner Jay Villani’s penchant for creating spaces that feel intimate regardless of size.

via Dine Out Maine: Salvage BBQ in Portland lives up to many well-stoked expectations | The Portland Press Herald / Maine Sunday Telegram.

It requires a little imagination, and maybe also a knowledge of Jay Villanis other two Portland restaurants — Local 188 and Sonnys — to envision his latest project, Salvage BBQ & Smokehouse.

The one-story building, the first home of Portland Architectural Salvage, originally housed a printing business. In the basement, where splashes of ink on the floor show where the press stood, Villani will locate the smoker, prep space, office and storage. On the main floor, there will be about 100 seats at picnic tables, a long bar, partially open kitchen and what he calls a “Little League banquette” along the back wall for large groups. A separate station up front will service take-out customers. Hes also thinking of putting in a beer garden in the adjacent parking lot. Villani and artist Pat Corrigan, who is also his business partner, incorporate salvaged materials and quirky objects into the design of their restaurants and they are already collecting stuff for Salvage. Floorboards found in the basement that were taken from the old Sportsmens Grill and had every nail painstakingly removed, will be the new restaurants floor. The bar top will be old bowling alley, from, appropriately, Portland Architectural Salvage. Villani says he plans to open in June.

Go see Vanweb’s awesome Instructable on how to build a BBQ Joint with salvage savvy.

This Instructable will walk you through the process of designing and building a BBQ themed restaurant with a VERY small budget. We relied on our own ingenuity, our scrounging ability and our creativity to make a restaurant that looked like we had spent a fortune, when in fact we did not. The secondary goal of this project was to keep as much out of landfill as possible, as construction is one of the leading producers of landfill waste, we re-used, re-purposed, recycled and bartered our way through this project.

via How to use Free Pallets to Build a BBQ Restaurant.