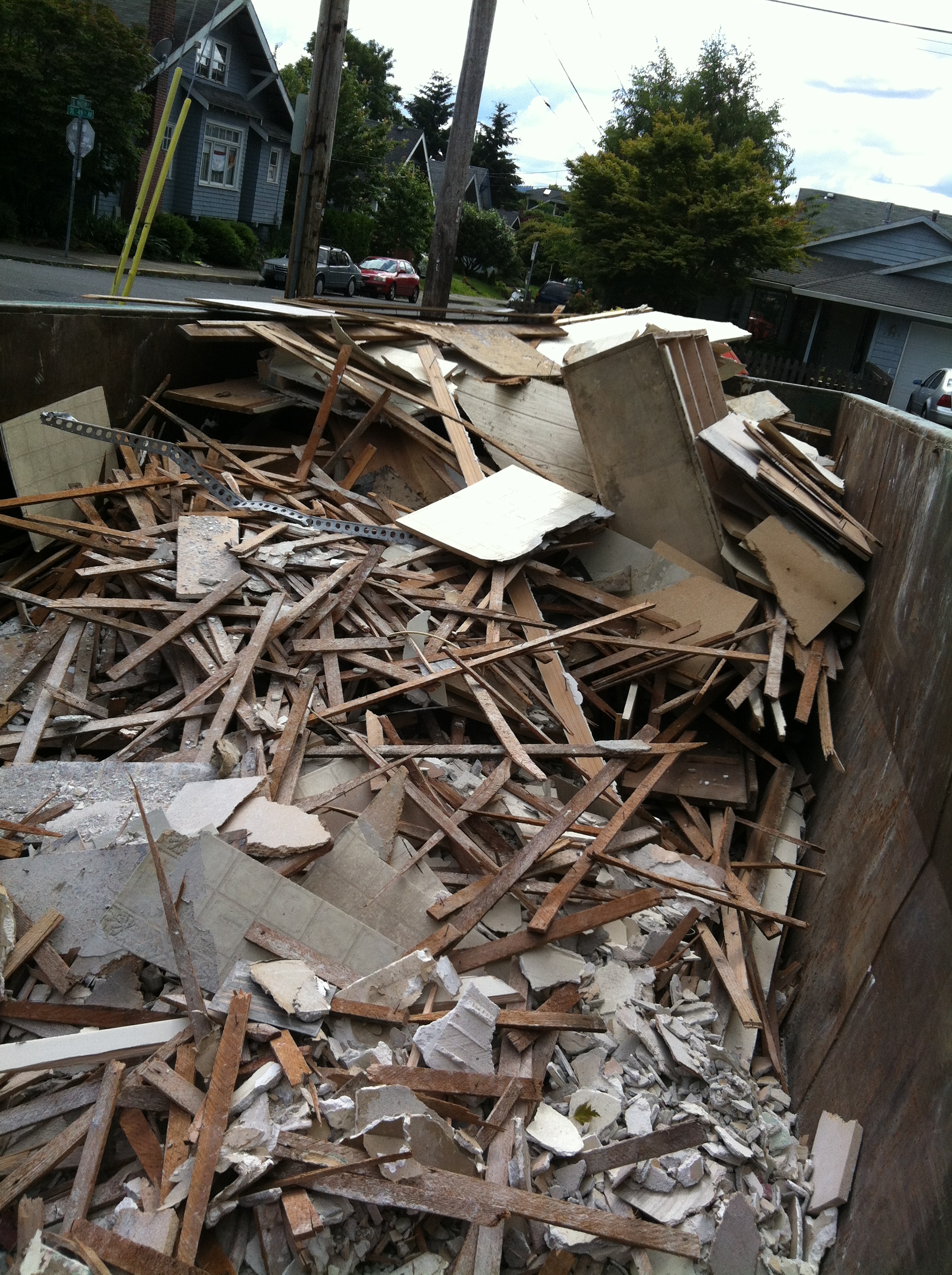 Drop Brigader’s are at it again!

Here is a nice shot of lath and plaster, vinyl flooring, metal, and some gnarly looking press board.

Admittedly, lath and plaster is a tough combination to separate. However England has a 95% construction recycling rate, so it makes one wonder what they do with their lath and plaster?

What would you do to keep it out of the waste stream? 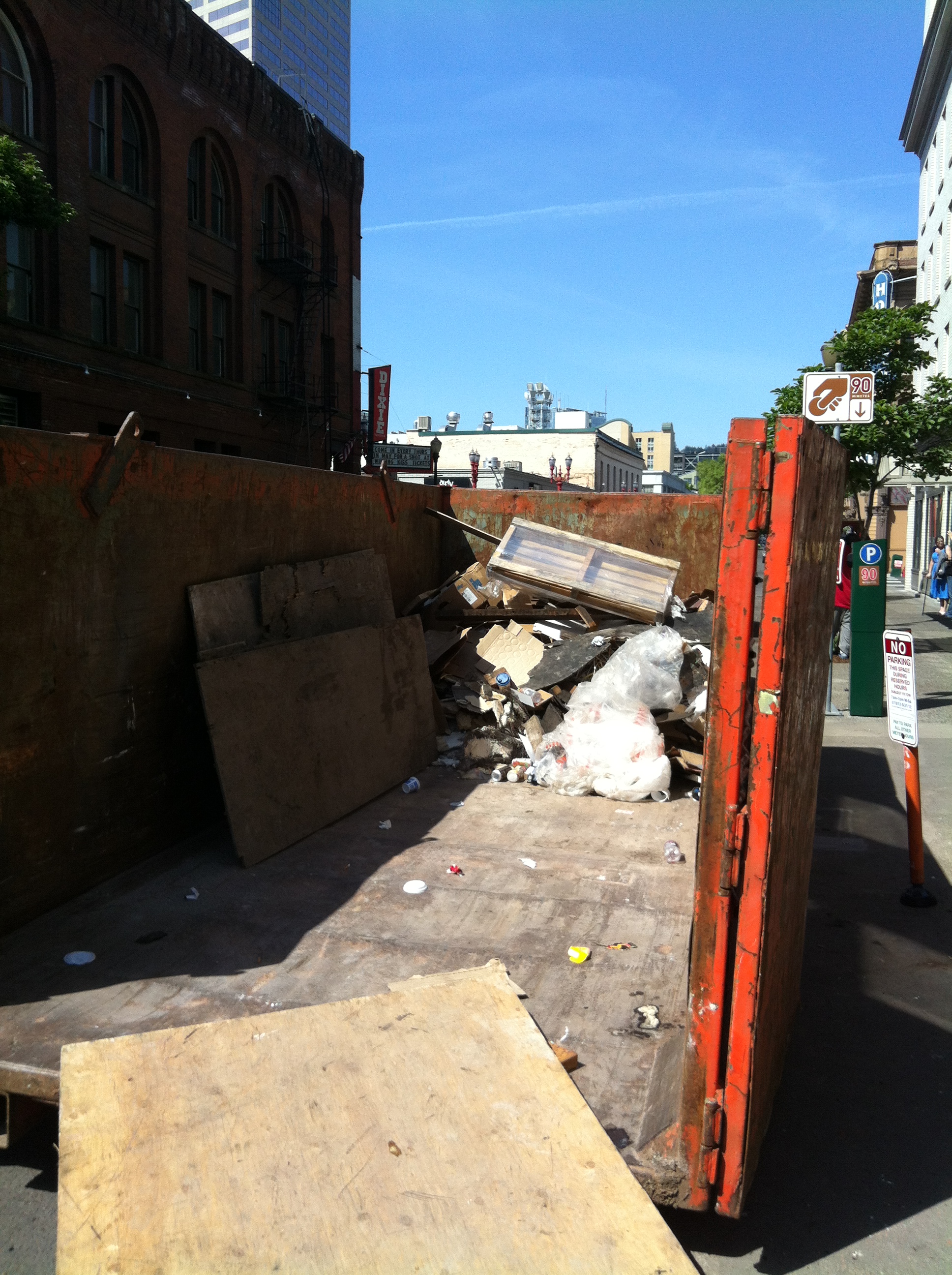 This is a Grimm spectacle!

A certain show filming in Portland is in the process of gutting a building to use as a set.

Looks like a mixed debris box in the making. Criminal.

Thanks to DBBrigader Lola DeBola for her supernatural investigative abilities! (and working next door)

P.S. Even the Reaper recycles… 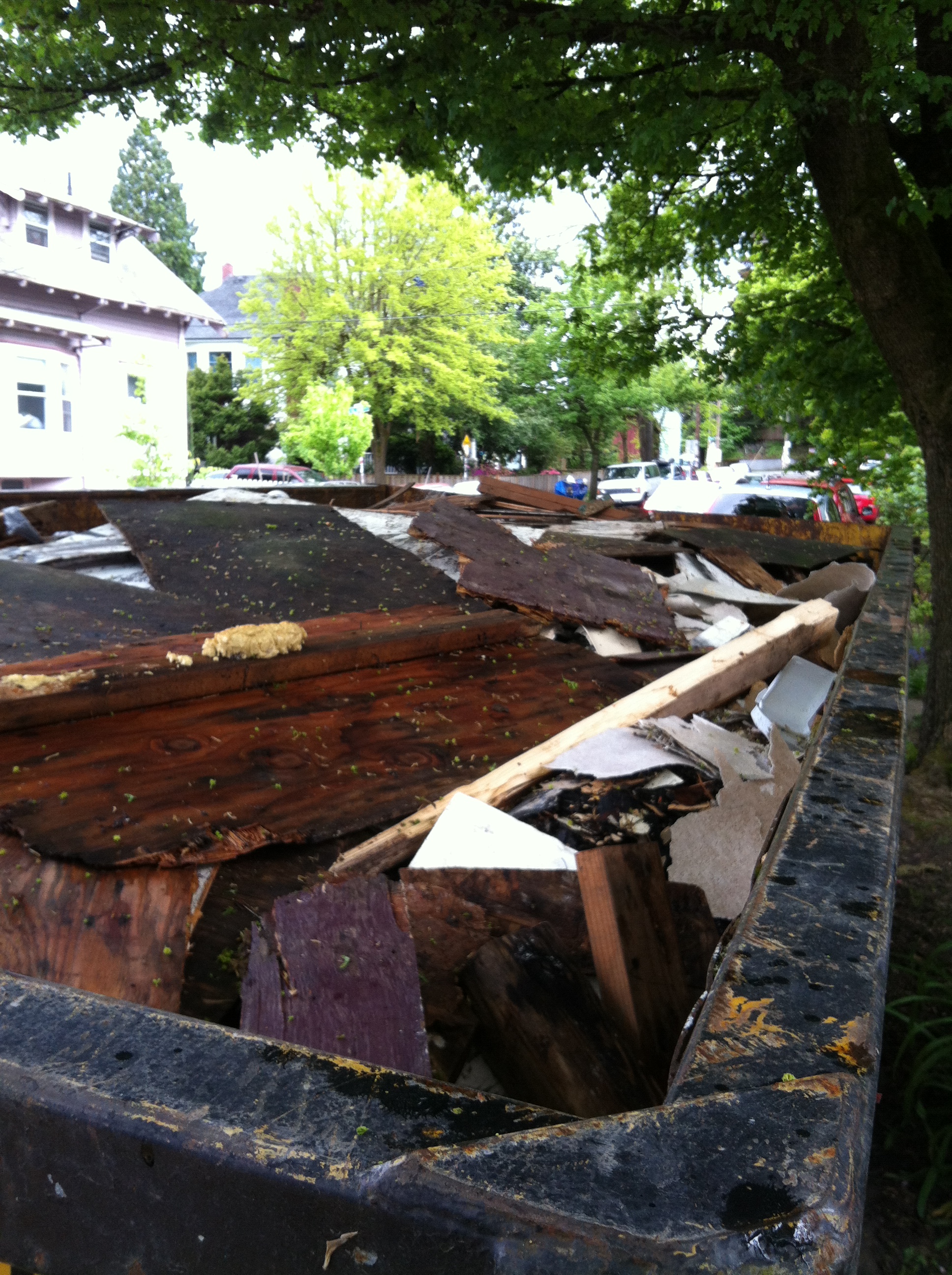 Mixed use debris box as seen on South East 28th and Pine Streets in Portland, Oregon.

Would love to know if that was someone’s roof or someones sub floor.  It certainly could have been recycled if not reused.

Thanks to Drop Box Brigader Lieutenant Lola d’Bola for this one! 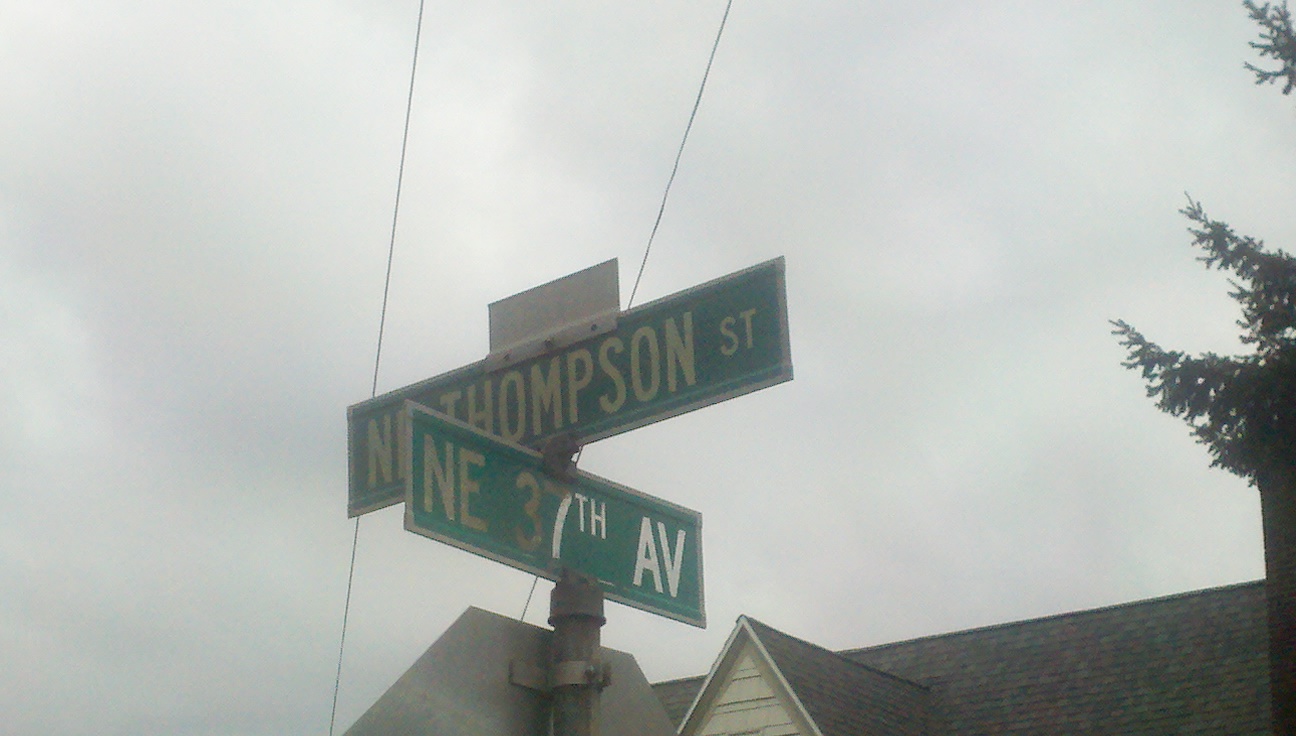 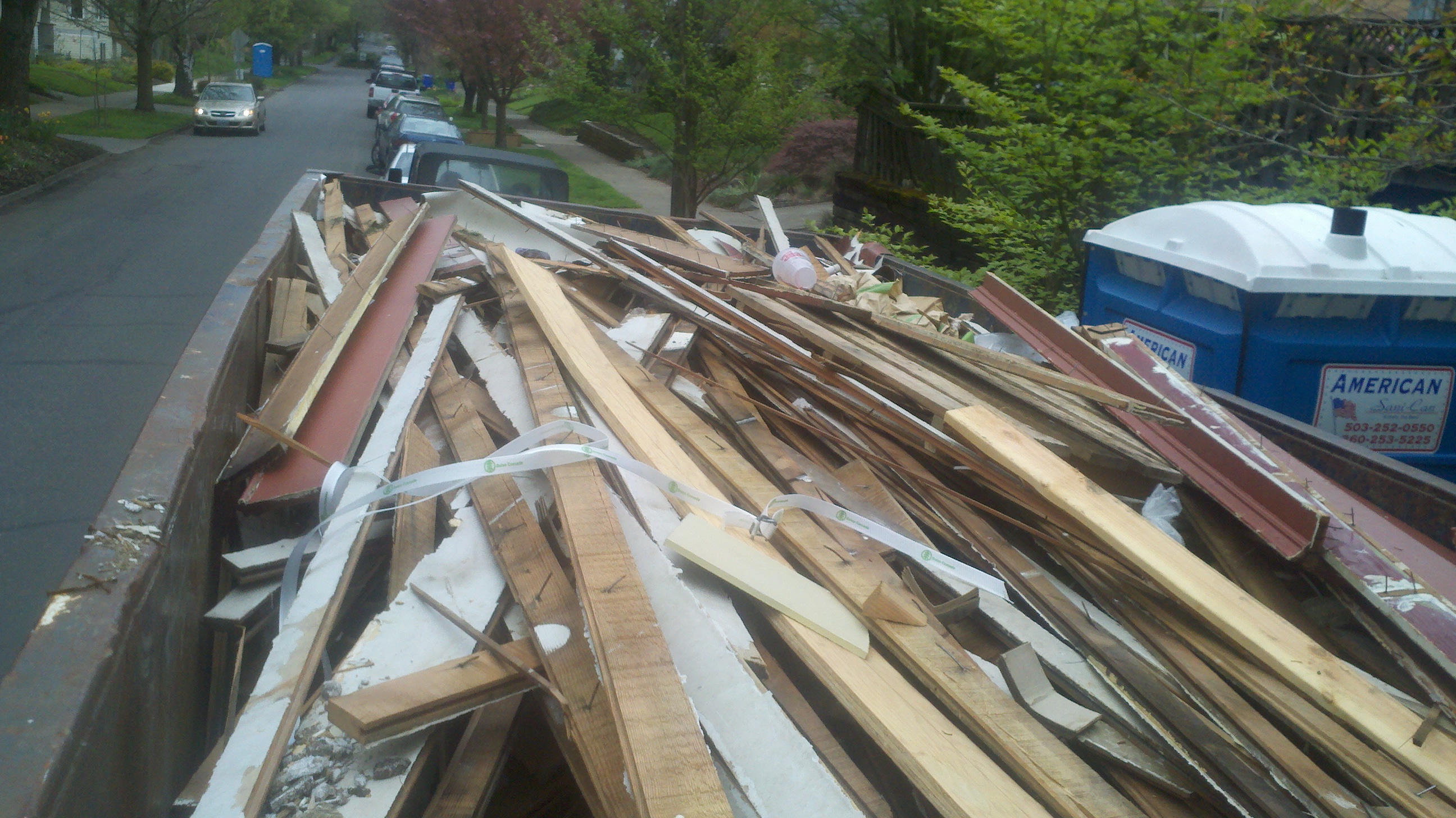 Spring has sprung in Portland, Oregon. The Cherry and Magnolias trees are blooming and folks are compelled to gut their homes.

Well, not everyone is renovating, but it certainly feels that way.

This dropbox is most likely going to a wood recycler even though there is a decent amount of drywall in the mix. Recycled wood is shredded into mulch nails and all. It is a lot easier to shred wood than denail it for reuse. However, mulch is the end of the life cycle for wood.

The Drop Box Brigader who sent me this picture stopped to talk about the wood flooring in it.  Older tongue and grove floorboards have the a quarter inch of wood on either side of the “tongue”. This is great for reuse purposes as you can flip the floorboards over and finish them, even if the original side has been sanded down quite a bit.

Reclaimed floorboards are a very popular product in the reuse center I used to work at.

Thanks DBBrigader, keep those pictures rolling in! 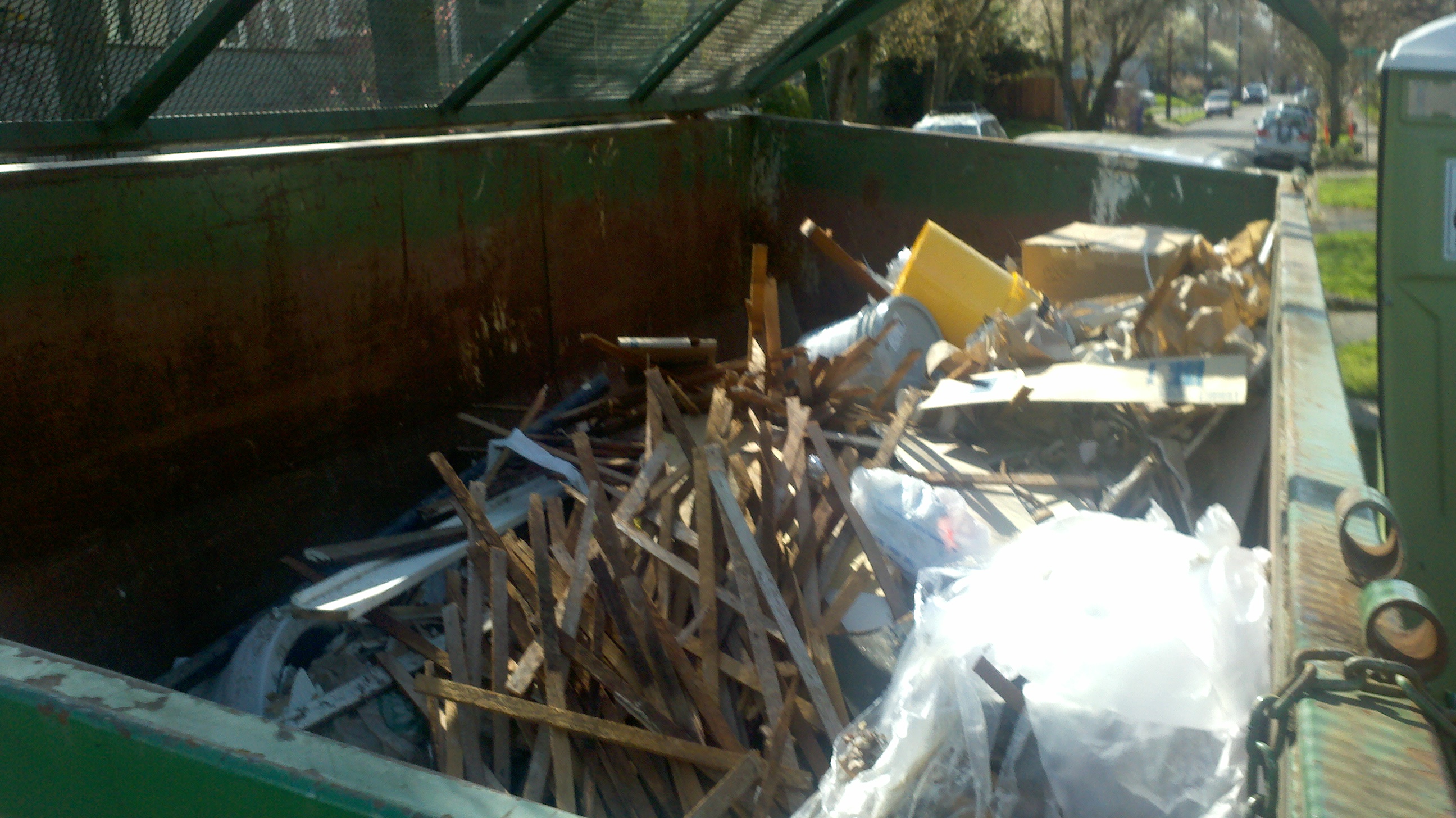