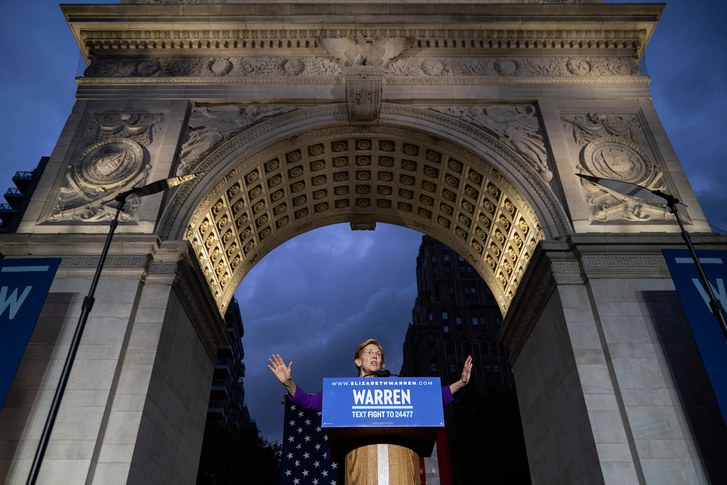 Elizabeth Warren speaking under the arch in Washington Square Park, in New York, on Monday night, to a crowd that her campaign says numbered more than twenty thousand people.Photograph by Drew Angerer / Getty

A lectern placed on top was made from reclaimed wood from the Maine home of Frances Perkins, the early-twentieth-century labor activist. According to Warren’s campaign, the lectern was built by craftspeople at a woman-owned woodworking company based in Brooklyn, who designed the base to resemble the soapboxes that Perkins and other labor organizers would have used. It was a stage set created to reflect the central theme of Warren’s campaign: the importance of the rights of working people, and the ways that