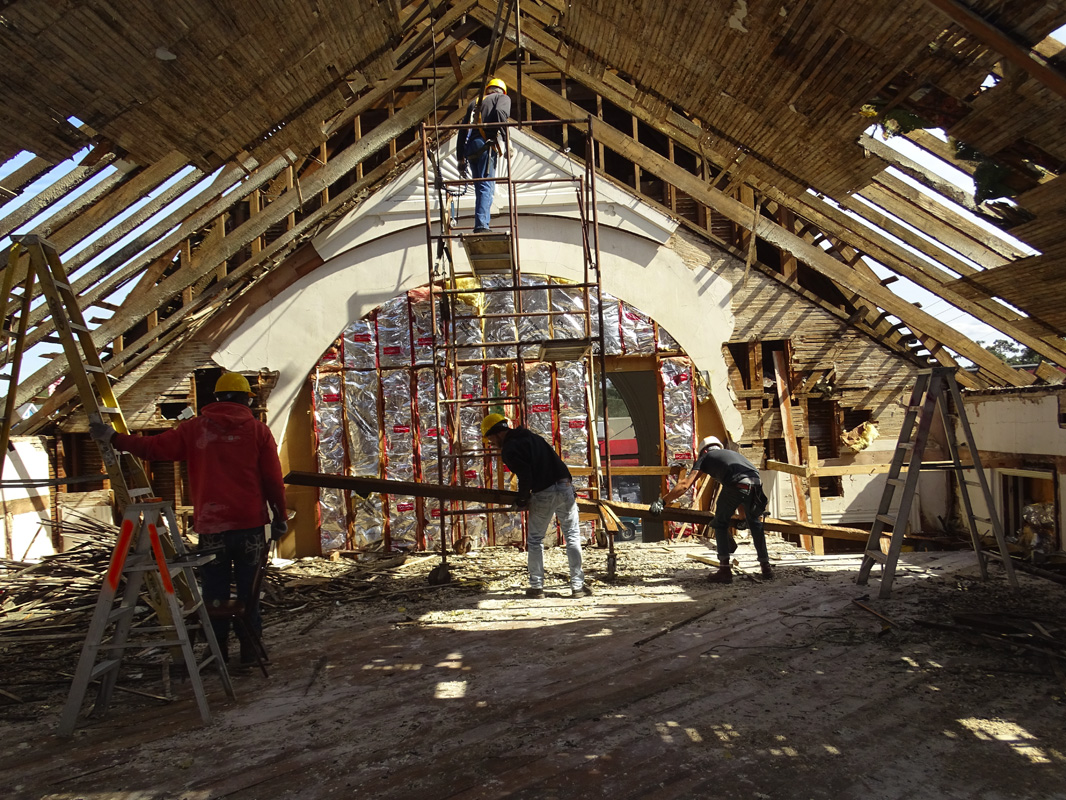 Crews from Florida Victorian Architectural Antiques work to remove roof and ceiling supports from what was once a church sanctuary. BEACON PHOTO/ANTHONY DeFEO

“Right now we’re in the process of taking out lathe and plaster that’s in the ceiling structure here in the old church, which was built in 1892,” Shuttleworth said. “Then we’re going to take the two-by-fours and the two-by-sixes, the roof and ceiling rafters, out.”The roof’s structures consist of large beams made from heart pine, harvested from Southern longleaf pine trees that might have been two centuries or three centuries old.

Source: Gould goes, but pieces will live on | The West Volusia Beacon