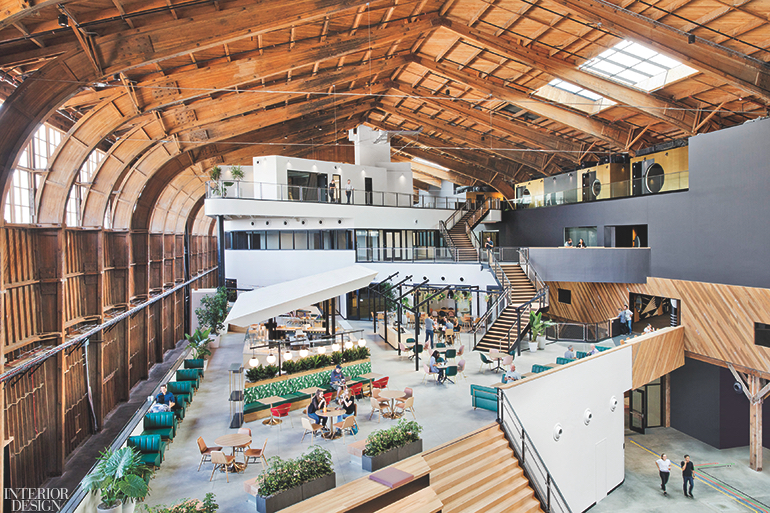 Douglas fir steps with amphitheater seating ascend from the entry to the cafeteria. Photography by Connie Zhou.

Google and ZGF Architects had already worked together on six projects, but this would be the largest effort that either had ever undertaken in the realm of adaptive reuse. “The outcome was unknown when we embarked on the project,” Google project executive R.G. Kahoe says. “But we knew we could do something amazing, a moon-shot idea, as well as being the correct stewards for the building.”