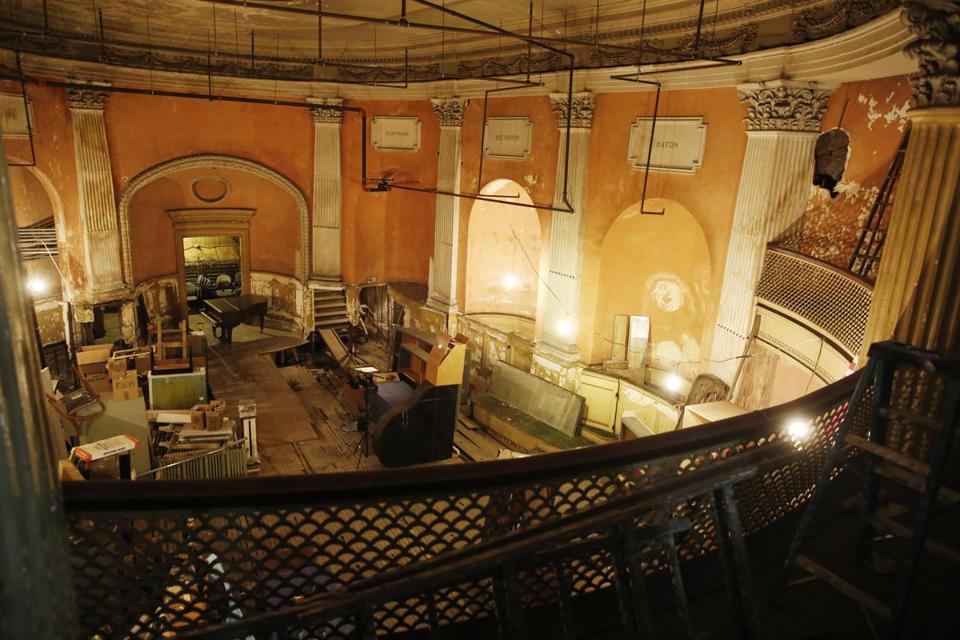 “It’s where old pianos come to die,” said building manager Colman McDonagh with a weary smile as he stepped around assorted obstacles while conducting the tour.

Yet there is much fading grandeur to take in, too, visual reminders of what a magnificent space Steinert Hall must have been, tucked 35 feet below one of the city’s busiest thoroughfares, when Boston was burnishing its credentials as a world-class city for live music.

Structurally, the elliptically shaped concert hall remains surprisingly intact, its fluted Corinthian pilasters separating what were once proscenium boxes reserved for well-heeled patrons. On either side of the small stage, at balcony level, wall panels bear the names of Schumann, Beethoven, Haydn, Bach, Mozart, and Schubert.

The 650 seats are long gone, donated years ago to Boston College High School. Still visible in the floorboards, though, are ventilation holes where heat was once pumped from a massive fan. Other touches, like an original leather-faced door and 1915 Greek-themed wall mural, possibly painted by muralist Charles Avery Aiken (it’s signed “C.A. Aiken”), have been preserved as well. 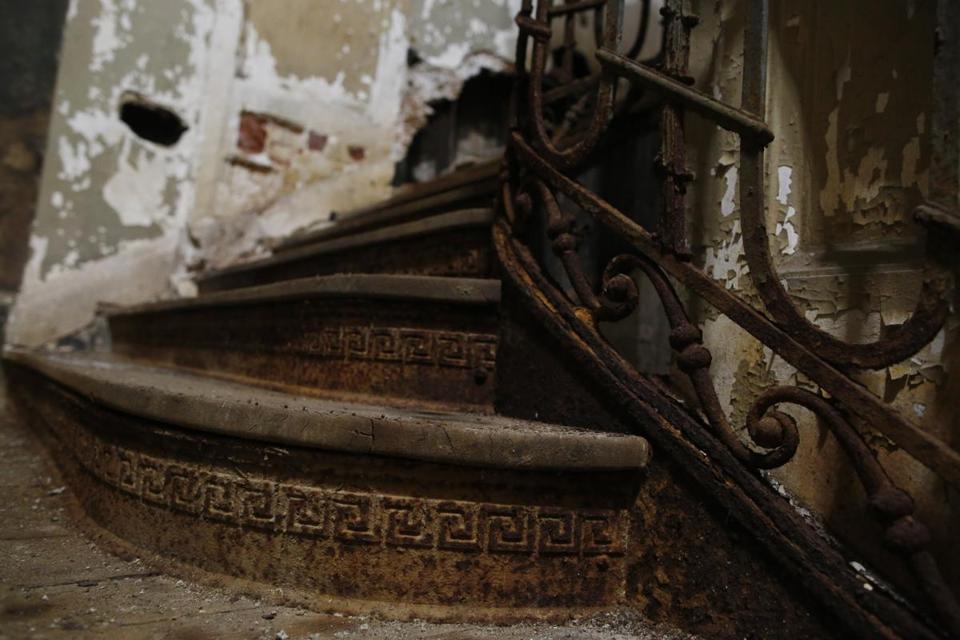 via Steinert Hall, the most famous subterranean theater you’ve never heard of – Music – The Boston Globe.