Owners (and Kansas City natives) Nicole Williams, a graphic designer, and John Anderson, a furniture maker and restaurant designer, in their new store. Anderson’s favorite material is reclaimed wood; he put it to great use in the shop, which occupies a 1940s a garage. “It was essentially a concrete box,” he says. “We specialize in bare-knuckled design.”

The program performed very well in the areas of training and placement and made substantial contributions to the metropolitan green job training infrastructure by building local capacity to deliver training Deconstruction & Building Materials Reuse training.  Additionally, the program activities contributed to local market development for Deconstruction and Building Materials Reuse.

The program not only exceeded its target number of workers trained by over 30 percent, but perhaps more important, Construction Green Up was able to add six additional environmental industry credentials at no additional cost. 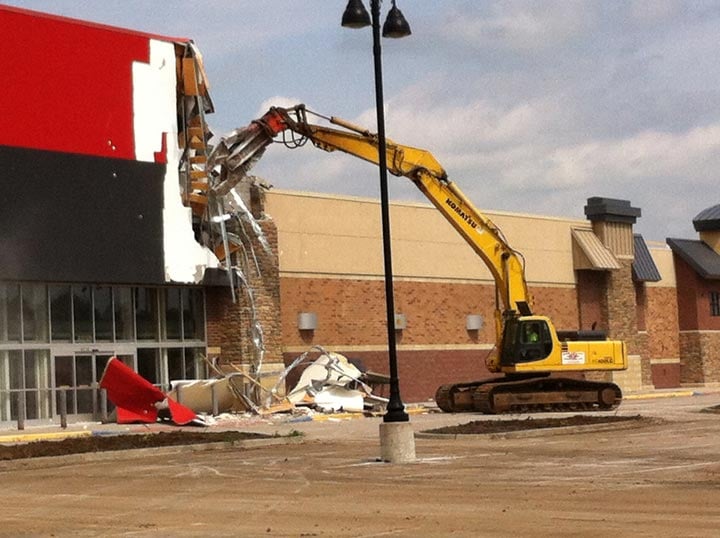 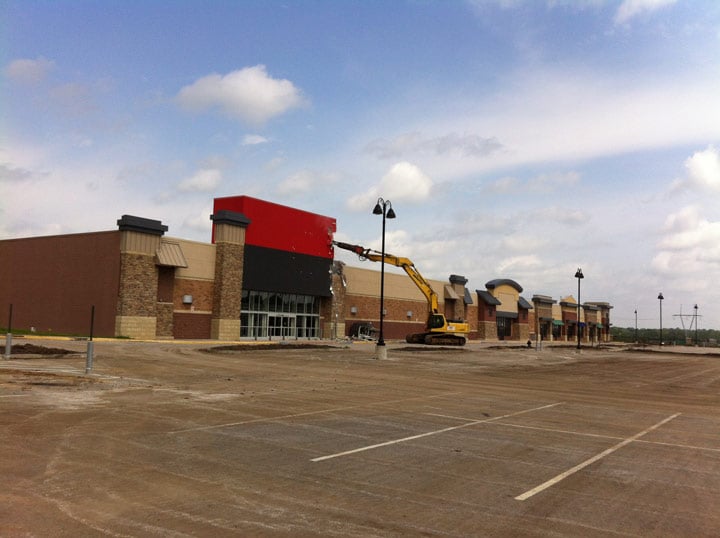 Architecture A-Z: D is for demolition

Here’s another entry in our elemental, alphabetical guide to Kansas City’s built environment. The feature appears here every other week or so. Find earlier entries in the series collected in “Architecture A to Z,” published by Kansas City Star Books.

The Chicago & Alton Railroad used this two-story station in Independence beginning in 1879. In the 1990s the depot was threatened with demolition (to continue a theme) but a friends group formed, moved the depot to its current home at 318 W. Pacific Ave. and spent several years renovating. The depot, open to the public, stands by railroad tracks near the National Frontier Trails Museum.

Cities rise and fall. Buildings come and go. People settle in, move on, construct their dreams on the bones of the past.

Despite good intentions and efforts to preserve, historic structures have little claim to permanence. It often takes more money and power than neighborhood preservationists can muster to save a landmark or a piece of beloved history. For every Union Station and Folly Theater that survives in our town (after much debate, effort and check writing), there must be handfuls of Grand Opera Houses, brutalist office buildings and historic homes that slip away.

Soon to meet that fate (probably) is a 111-year-old house at the south edge of midtown with a brawny stone porch and a Shingle Style exterior done in gray slate (a rare touch). It’s known as the Donaldson House, 4347 Oak St. You can have it for $1 plus the considerable house-moving costsand become a preservation hero, especially to the members of the Southmoreland Neighborhood Association who have long hoped to save it. The Kansas City Art Institute, which wants to build student housing or something else on the site, has been trying to dump the little-used Donaldson House for more than a dozen years. Now an 18-month clock is winding down and a demolition green light is expected to come from the city’s Historic Preservation Office in May.

Southmoreland neighbors have watched for decades as the Art Institute and the Kemper Museum of Contemporary Art expanded their footprints by demolishing once stately houses.

“We love that the Art Institute is a vibrant place, but we have to balance that with maintaining the residential sense of neighborhood,” said Greg Corwin, Southmoreland president.

For its part, the Art Institute says that after demolition, it will keep the lot as green space until it decides what it most needs to build, something, says a spokesperson, that “will fit well with the fabric of the neighborhood.”

The Donaldson House, at 4347 Oak St., is owned by the Kansas City Art Institute, which plans to demolish it in mid-May. The prominent circular stone porch and the slate shingles are a rare combination. The home dates to 1911.

One of the most astounding episodes in local real estate history is still playing out, but one aspect has come to a close: the deconstruction of a never-finished office building designed by a global architectural star, Moshe Safdie. For the last six years or so, I’ve watched the 11-story, concrete-skinned West Edge tower go up, stall and now, in the last several months, come down piece by piece. Impossible to recount the saga here, but, in brief: What a waste! Already steel beams are being installed for a replacement office building, designed by 360 Architecture, which will rise above the intact garage. And, eventually, plans might coalesce to finish the adjacent boutique hotel to the south, which was part of the original Safdie complex.

D is for dumb. And dust-to-dust.

via Architecture A-Z: D is for demolition – KansasCity.com.