The brainchild of Dutch-born, Helsinki-based product designer Willem Heeffer, each light is comprised of a washing machine drum, painstakingly extracted from old machines at local recycling centers. In addition to the salvaged drums, the washing machines’ drive wheels have also been given new life, residing inside each pendant as housing for the light bulbs.

via Beating the Drum for Upcycling | 2Modern Blog.

a Spanish school housed in a Neoclassical building, was given a thoroughly modern remake

via An Old School, Remade in Valencia | 2Modern Blog.

OUD NOW! by Theo herfkens. Pardon the translation below, the original is in Dutch.

Old cabinets is revived with a new custom-made chassis. By old cabinets to use as a basis for new designs fresh, functional furniture that history with them. Arise Reclaiming and recycling of discarded cabinets. Each case is unique!

Good Lord! Do yourself  a  favor and go check out Nightwood Reincarnated Furniture, Textiles and Interiors.

We locally source salvaged, reclaimed and scrap woods for the bulk of all our wood furniture.  We use organic and sustainable fabrics as well as woven scraps in our textile-based products. In addition we use vintage refurbished

frames for many of our signature reincarnated dressers, chairs and couches.

via About Us | Nightwood. 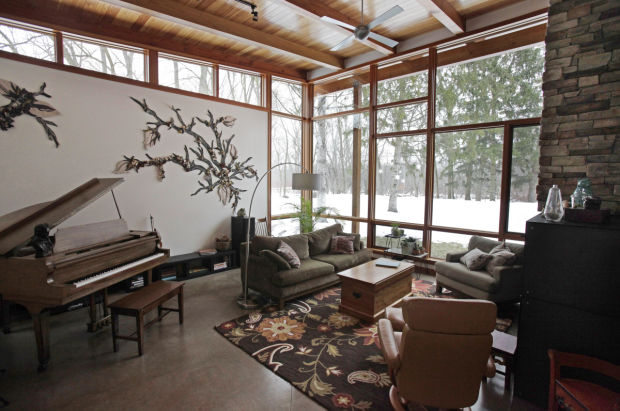 Juxtaposing industrial materials like concrete and corrugated metal with the tradition of wood, Tills sought to create a look that’s “modern but warm,” he said.

The house is highly efficient, with exterior overhangs that welcome in the winter sun but block summer’s rays. An attached screen porch serves as an outdoor summer dining room.

An open stairway leads to the second floor where his sons have two rooms divided by a sliding panel door, allowing them to share their space or choose privacy.

“It was a lot of experimenting,” Tills said of building his own home. “Our greatest experience in this house is that we use it exactly how we thought we would use it.” 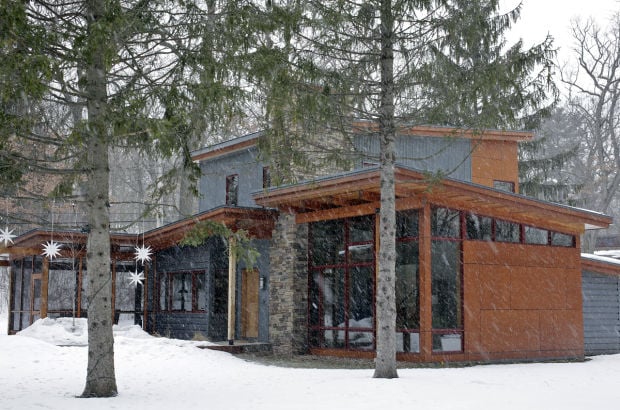 via Inspired homeowners design their own tour-worthy jewels : 77-square.

The Third Generation Furniture project is the ultimate in turning trash into treasure. Industrial designer Jason Lloyd Fletcher set out to turn unwanted materials into new, functional pieces of modern furniture. The two main goals were first, to avoid sending items with “functional value” to the landfill by reworking their components into new pieces and second, to promote the reuse of items that can alternatively find value elsewhere.

We just love JohnathanJanuary here at the RA. Check out a sampling of his work below and then go visit his shop!

I have been designing and making things since before I can remember. I was the kid that took apart the lawnmower and made it go faster. I still am that kid I guess….. We had been on the hunt for the prefect coffee table for so long and decided that since we couldn’t agree on anything, the best (and most rewarding) thing to do would be to make one ourselves!

We bought an old growth hardwood plank from a favourite local antique store and re-used metal hairpin legs from another table we had.

These type of legs work perfect for any DIY project and are widely available on the internet. By just screwing them into each corner we created the perfect coffee table with lots of character! And it was so easy! Now we just need a rug to ground the space and onto the decorating!

But something tells me this isn’t the last of dabbling into furniture design.

Israeli designer Hilla Shamia uniquely joins the materials of aluminum and wood in this Wood Casting series. Using a whole tree trunk, Shamia pours molten aluminum directly onto the wood, which burns the surface and darkens the wood. The wood gets cut up lengthwise and put into a mold to form the frame and legs of the piece.

Each piece is completely one-of-a-kind due to the various trees used and depending on the “leakage” of the metal throughout the wood cracks. I love the mix of natural wood and the sleek modern metal. Designed to provide a deluxe home for your backyard flock,  the innovative and sustainable design comes from Portland-based architecture firm Wright Design Office.The coops have a water supply port and a pest-protected feeding section, roosting box, egg access hatch and perch level viewing windows. A ladder is used to access the interior, and being raised off the ground helps provide extra vermin and predator protection.

The chicken coop sits in a chicken run which is approximately 24″ wide x 48″ long x 42″ high (60cms x 120cms x 107cms) including the ladder. Additional chicken coops can be added lengthwise or side-by-side to increase the chicken run area. The chicken house can be permanent or made as a mobile coop to allow the hens to do their aerating and fertilizing of the soil.

Bonus Material: How to Wash Your Chicken