JACKIE MEIRING
The beams featured in this photo are originally from a Wellington wharf.

It’s not just for the sake of the environment but it also gives homeowners a chance to think outside the box when furnishing or renovating to make a home that extra bit special.

Fender has soft-launched a Special Edition series of guitars aimed at players looking for the distinct tone of old growth timber, while enjoying the benefits of modern features and hardware. The company has secured a limited amount of reclaimed wood from obscure locations in the US for an interesting take on its iconic Stratocaster and Telecaster guitars. The redwood model is made using wood from the 1930s, and the pine models timber dates back to 1868 … and you don’t get much more vintage than that.

“I really like the history of the structures we take down,” says Watson, who has a degree in agribusiness from MTSU. “Whenever we sell a product, the customer gets a picture of the barn where the wood came from, so they get a little bit of the history.”

via Wood gets new life with reclaimed lumber.

Some of the most intriguing lumber we have in stock was never used in construction, and yet still considered salvage timbers.  These beams are believed to have been loaded onto a Canadian ship in 1921 that wrecked off the Pacific Coast.

In early 2010 as a beach near the wreck eroded, the shipwreck became exposed and the cargo began washing ashore. The Canadian Exporter was carrying 3 million board feet of lumber plus 200 tons of other cargo, heading from Vancouver, British Columbia to Portland, Oregon and then on to Asia, according to a story in the Seattle Times.   Some of the timbers that Crossroads and our sister company, Pacific Northwest Timbers now have in inventory were found by locals and hauled ashore with a tow truck, a few others were discovered just beneath the waters’ surface by a local oyster fisherman.

It’s the first two sentences that kill me.

The existing structure was leveled and the earth was pushed back so the home sat atop a ridge.

Inside, a staircase crafted from thick beams of reclaimed timber is one of several environmentally conscious designs.

The five-bedroom, 4.5 bathroom home includes a detached au pair suite with kitchen and is available for $4.2 million.

elpis&wood crafts unique furniture and decor from one-of-a-kind reclaimed wood pieces. Some people “see” objects in the natural patterns, cuts and knots formed in each piece. At elpis&wood, we see ourselves. We see our community. We see a world where what seems useless and discarded can be brought to life again with impeccable craftsmanship and intentionality.

via ABOUT US | elpis&wood | LIVE EDGE RECLAIMED WOOD FURNITURE.

Apartment Therapy has a lovely little article on this repurposed interior. Here is a little taste.

These Nordic Chic shots, with raw, repurposed wood and timbers, smooth white plastered walls and creamy, neutral cups, bowls and plates – DON’T FORGET THE FUR! – speak to some deep bone in my body. I can feel the roaring fire that makes these cool interiors warm and the smell of a hot cooked meal wafting in from the other room.

Designed by Norm Architects, these interiors are of Host with a new line of dinnerware for Menu also by Norm. You can trawl around and see it all here:

via The Nordic Table: Norm Architects at Host in Copenhagen | Apartment Therapy.

Check out the cleaver use of skateboards in the deconstruction of the warehouse!

This video doucments a project to salvage materials from the Port of Oakland’s deconstruction of Building 802 at the former Oakland Army Base. 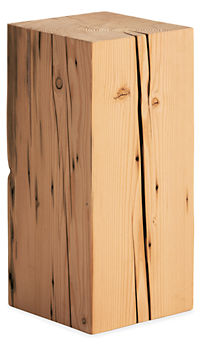 These limited-edition Douglas Fir accent pieces are made entirely from wood beams salvaged from an Ashland, Wisconsin railroad roundhouse built in the 1870s. Hand-shaped and finished by master craftsmen, they are perfect as an end table, nightstand or stool. 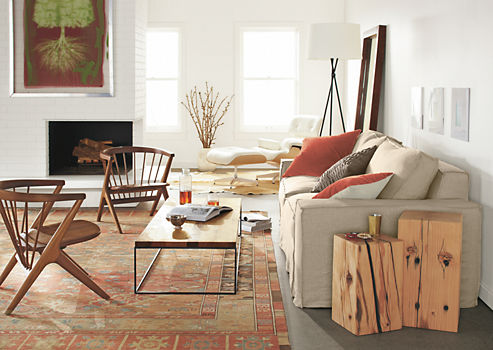 Then my inlaws were visiting, which gave me some spare time and access to my father in law to help with a project for the house – a ladder shelf from wood we reclaimed from the demolition of our old garage. 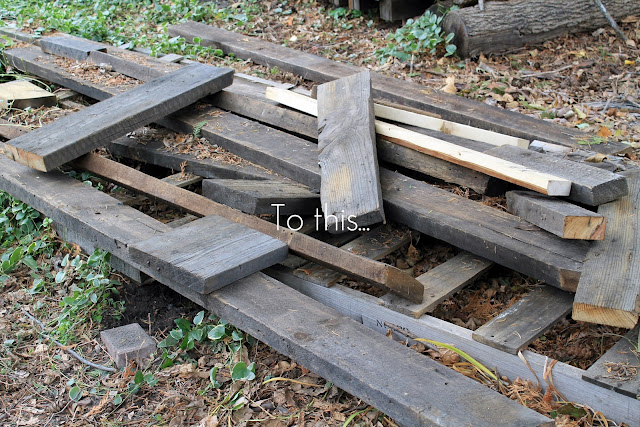 It took three days’ nap times to finish, but it ended up coming out pretty much exactly as I’d hoped.  I was limited to the lumber we had available, so the top three shelves are 2″ thick and 8″ deep and the bottom two are 1″ thick and 10″ deep.  I had to rip a piece of lumber in half for the side rails. 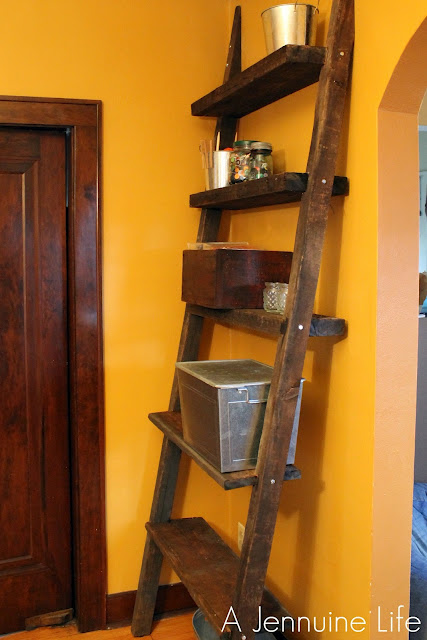 via A Jennuine Life: DIY: Ladder Shelf From Reclaimed Wood.

Rest in peaceful slumber on this platform bed, built with reclaimed douglas fir from old buildings in Los Angeles.  This platform bed does away with the need for side tables!  Croft House builds modern reclaimed wood furniture out of recycled sustainable materials.

This bed is handmade in Los Angeles with century old reclaimed pine from Columbia University’s campus in New York City. We were fortunate enough to meet with Marc Mandel of Crossroads Recycled Lumber which is a reclaimed lumber business located on part of the site.  The primary source of wood is building deconstruction projects in California and other locations across the US.  It was interesting to see the inventory of material and to see the amount of work that is needed to “reclaim” the wood.  Nails are a big problem and need to be pulled out with hand tools.  A metal detector is used to assist in this process as any residual metal would severely damage saw blades and other milling equipment.

Typically, lumber is processed to order and I now understand why it costs three times as much as regular lumber – it requires a lot of labor and the product is highly desirable.  Markets for the reclaimed lumber are national and I was intrigued to hear that some has been used in the new Li Ka Shing Center for Biomedical and Health Sciences building at UC Berkeley.  The Crossroads Recycled Lumber website has pictures and information for projects that lumber has been supplied to.