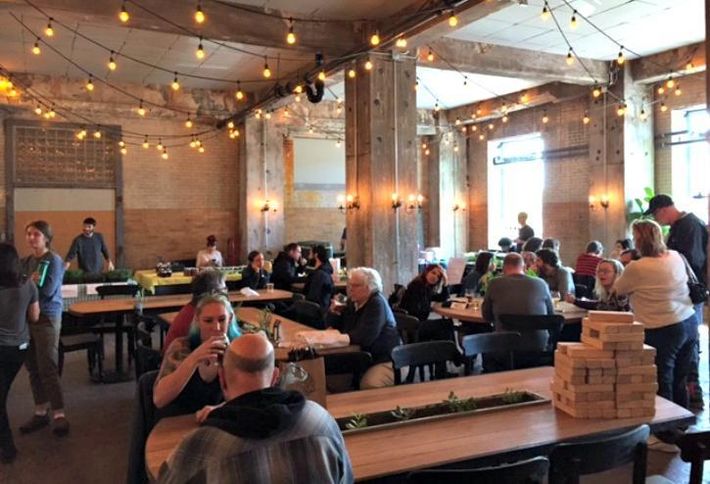 Chuck Sudo/Bisnow Whiner Beer Co. brews its beer at The Plant and opened a taproom whose bar, tables and chairs were made from reclaimed wood.

This 94K SF former slaughterhouse was abandoned and slated for demolition when John Edel — through his company Bubbly Dynamics — bought it in 2010 and slowly repurposed the building into a vertical farm and food production business committed to a “circular economy,” a closed loop of recycling and material reuse. Today, the Plant is home to several businesses where the waste stream from one business is repurposed for use by another business elsewhere in the building.

Source: This Former Slaughterhouse Is A Perfect Example Of The Circular Economy – Industrial