The large wooden troll, “Isak Heartstone,” made by artist Thomas Dambo during Breckenridge International Festival of the Arts in August, sitting in the snow Wednesday. (Hugh Carey, Summit Daily News via AP)

“The city took him gently apart, and once the snow melts, I will be back to rebuild him in a new location,” he wrote.

Source: Artist of Breckenridge troll says town is allowing him to rebuild it 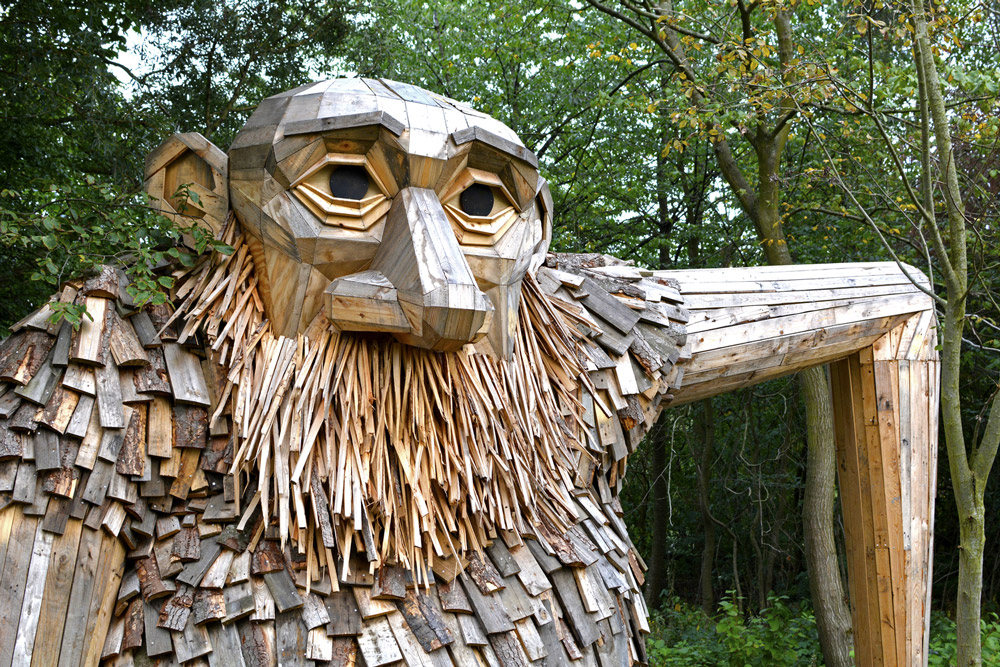 All of the giants are produced from recycled wood, material that was gathered by Dambo and his team from 600 pallets, a shed, an old fence, and various other sources. Using local volunteers to build the works, Dambo then names each sculpture after one of the builders, such as Teddy Friendly . You can see more images of the oversized sculptures on Dambo’s website. (via Bored Panda) 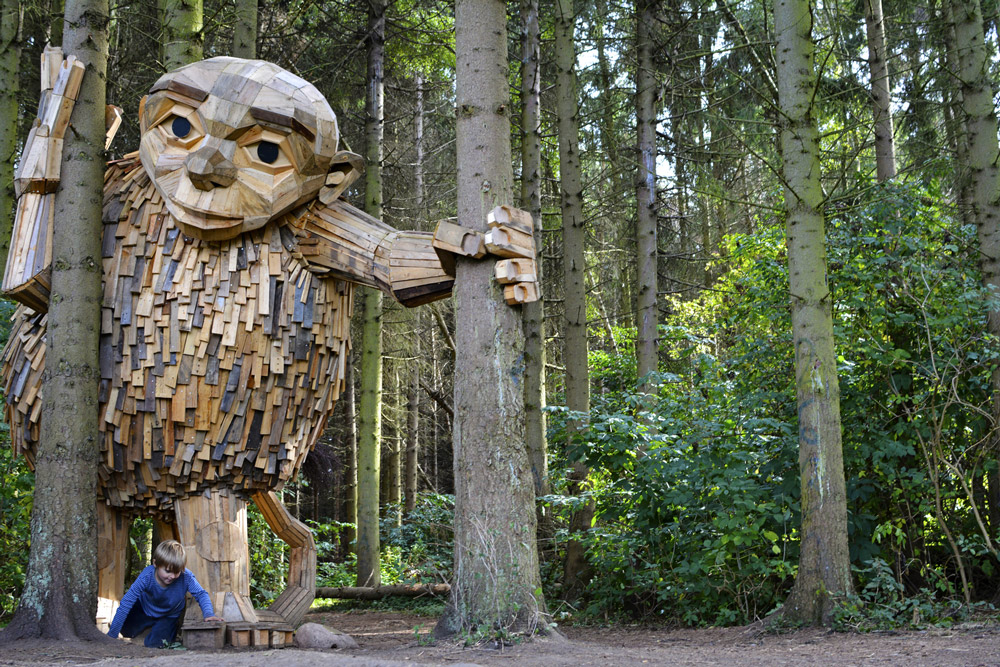 The sculpture has been renamed as well, to Simon and Anine. Once again, the sculpture was erected using recycled materials donated by the hardware store. Anine and a few friends helped Dambo and his team with the rebuild. 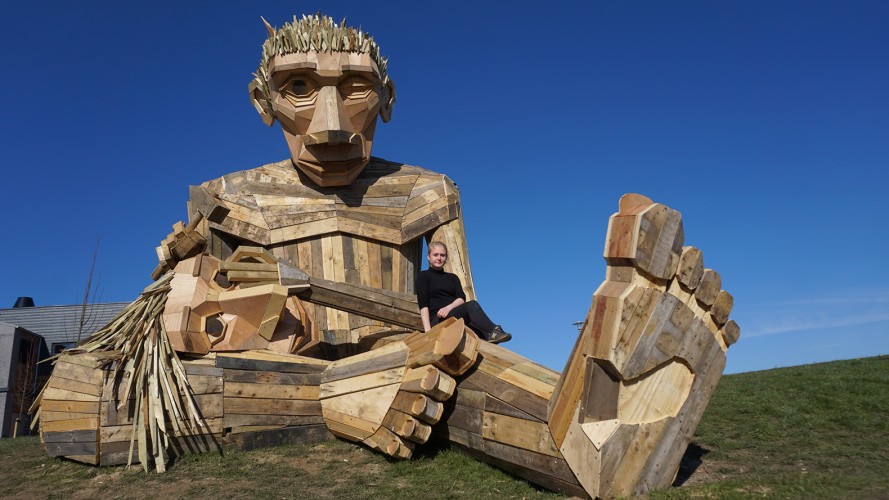