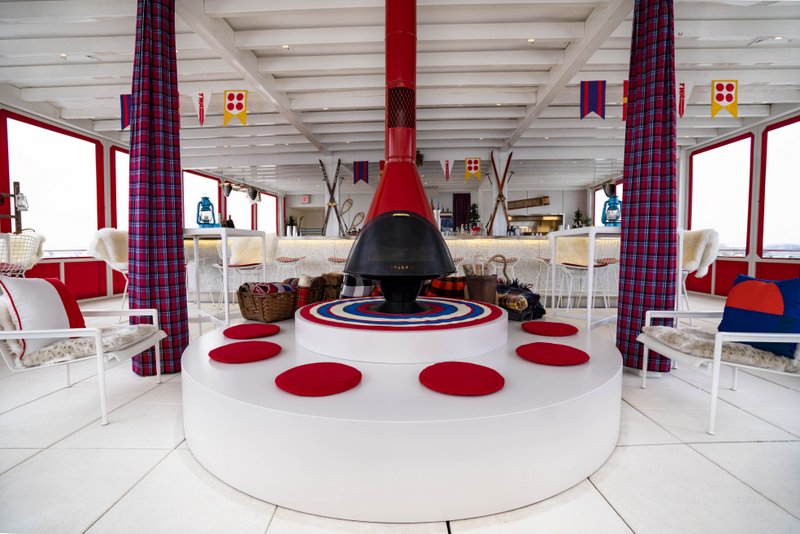 The bar has been decked out in red and blue and tartan and you can sit on sheepskin in front of the vintage fireplace.

This space was originally outfitted by acclaimed Parisian industrial designer Raymond Loewy, the mind behind the 1955 Coca-Cola contour bottle, the 1959 TWA twin globes logo, the 1963 Studebaker Avanti, and the 1962 Air Force One livery. Max Touhey

To access the guest rooms, patrons enter through space-age flight tubes—which you may remember from the film Catch Me If You Can. Clean lines meet a touch of glam in the rooms, which feature leather upholstery; a pop of primary color; Hollywood-style vanities; and custom walnut, brass, and glass details.