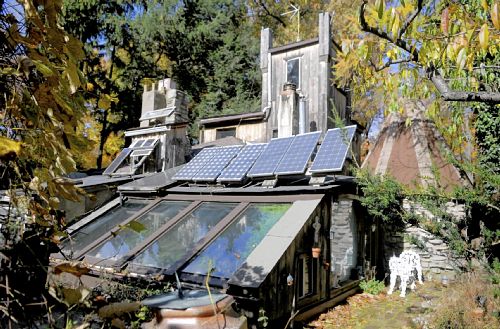 Waste not, want not

The key to self-sufficiency, the Carns have found, is always completing the recycling circle and never wasting anything.

For example, Mr. Carns built shelves in his ethanol distillery so that it also could serve as a food-drying station. Ethanol produced in the distillery also will be used to power the couple’s vehicles, which Mr. Carns has a federal permit to do. The engines are being converted to run on 190-proof ethanol instead of gasoline.

One room of the camp is devoted to scrap materials that are not tossed, such as bits of plastic and aluminum. The pieces are stored in earthenware crocks until a use can be found for them.

The home and the surrounding buildings — a total of 10 in the complex — are a treasure trove of antiques, copper pots and religious icons that the couple have collected over the years at yard sales. The main cabin’s interior is aesthetically pleasing, filled with items that are useful as well as beautiful — ceramic crocks, colorful Persian rugs, baskets and Native American blankets and goods.

Mr. Carns also is an artist who built a sculpture of the Virgin Mary from recycled metal and carved a stairway into a red maple tree trunk, which leads to a second-story sleeping loft.

“A guy wanted me to cut that into firewood,” he said, incredulously.

Several guest houses are on the property as well as a chapel that Mr. Carns built from recycled wood and fired clay shingles, where friends have been married. 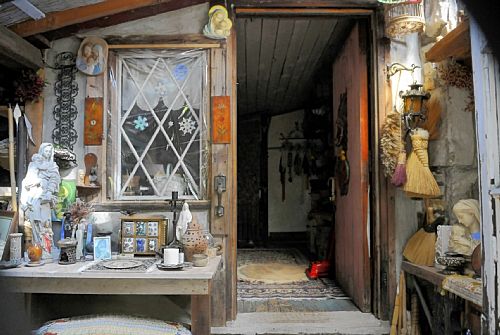 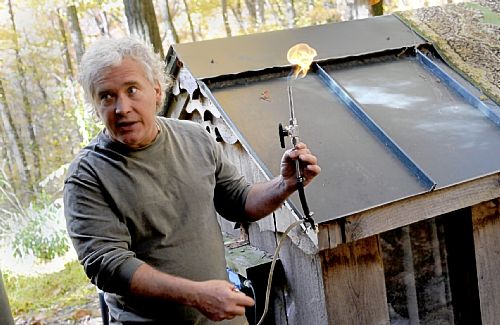 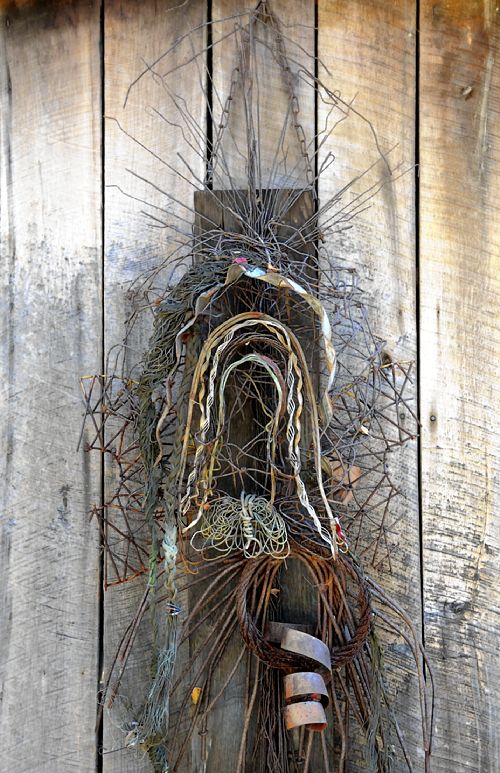 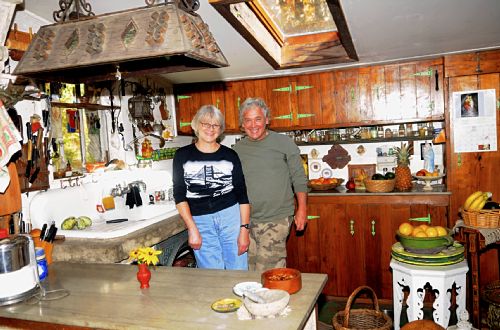