The Night Heron Rogue Theater is getting lots of press due to their sneaky tendencies. This time in an abandoned water tower in Chelsea, NY.

We’re not advocating trespassing or “illicit” behavior of any kind, but folks next time send us a watch! 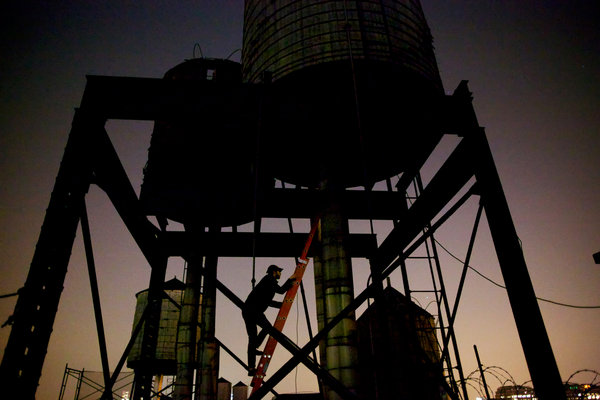 Inside was a round wooden space no bigger than a freight elevator, filled with about a dozen people sipping whiskey cocktails. Couples sat at five petite tables built into the cedar paneling. A young woman mixed drinks behind a bar. Above people’s heads, a two-man band – accordion and upright bass – serenaded from a platform.

This was life inside the Night Heron, a decidedly illegal nightclub run by a group of adventure-minded artists in a water tower atop a vacant building in Chelsea for eight weekends in March, April and May.

Mysterious helpers led guests through one decrepit building into another and up 12 flights of stairs to the roof. The watches were taken at the door, but guests were given the chance to buy watches at the end of the night if they wanted to continue the chain of invitation.

The Heron’s architect was N.D. Austin, a 31-year-old artist known for what he calls “trespass theater.” “It’s about making the invisible visible,” he said of his philosophy.

Mr. Austin located a suitable water tower by scouring Buildings Department records for violations with egregious scaffold fines. That can indicate a neglectful landlord, he said, which meant it might be a vacant building ripe for adopting as one’s own. 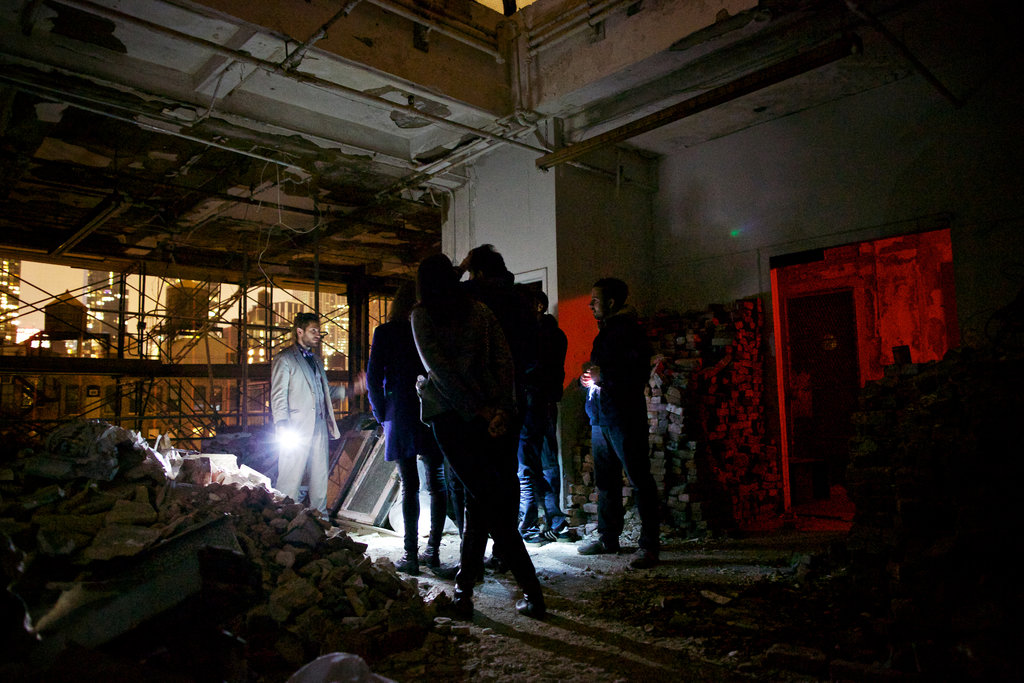