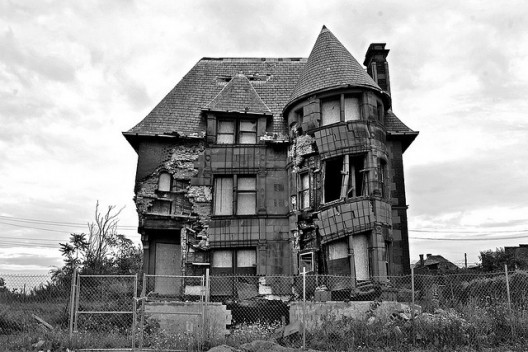 As architects we generally see ourselves as providers of new buildings; we also often see architecture as a way to remedy social ills. For many architects, when presented with a social problem, we try to think of a design for a building which addresses it. But what happens when the problem itself is a surplus of buildings?

The process of deconstruction provides more jobs than demolition, which means that the work of Reclaim Detroit is vital in a city with such high unemployment, as evidenced by their profile of one of their Deconstruction Specialists Billy Brown.

Both Recycle Detroit and Reclaim Detroit are initiatives that look at demolition and the contraction of Detroit in a different way. Where many see a symptom of decline and regression, they see demolition as a resource, which rather than being a wasteful way to remove the homes of people long gone, could be a way to benefit the lives of those still living in Detroit.