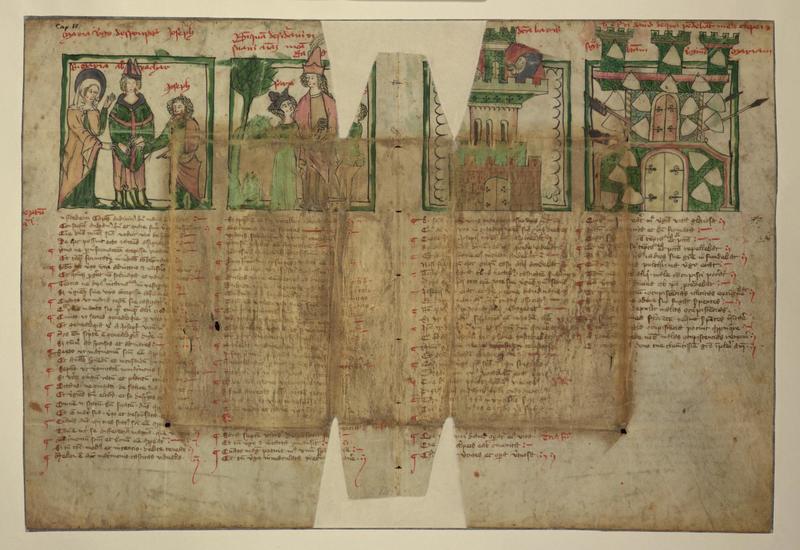 Two leaves from The Mirror of Human Salvation. These pages were reused as a wrapper for a book at some later time. The ghosting of the book it adorned can still be seen in the dark, abraded portion that spans the two pages. (Image: The Walters Art Museum/CC-0)

According to Fleming, the British raided Roman ruins for building materials  to the extent that until the 11th century, Christian churches in Britain were constructed mostly from scavenged Roman materials. This assertion has been verified through architectural surveys, one of which discovered over 300 churches around London built from Roman ruins. Similarly, tile, ceramics, pottery, and iron were all reclaimed and repurposed.