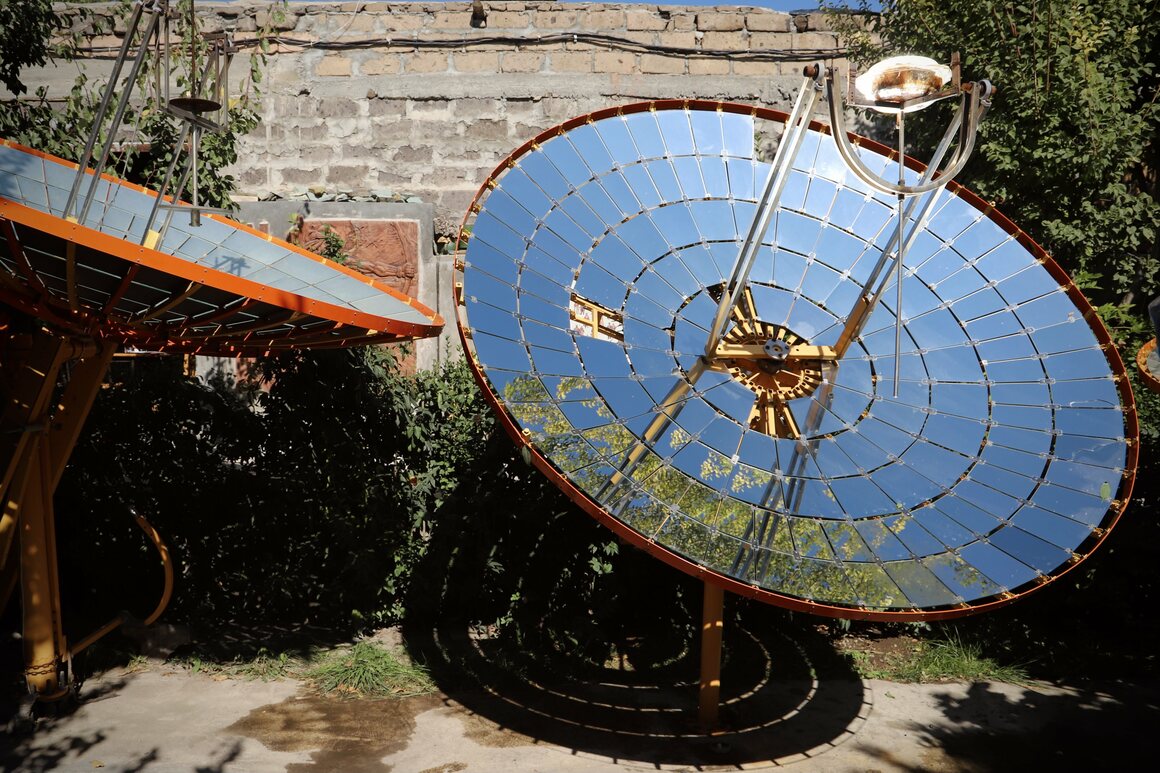 The satellite dish in action on a sunny day.

Armenian scientists Gregor Mnatsakanyan and Vahan Hamazaspyan originally created the satellite dishes with dreams of distributing them around the country. Hamazaspyan, a pioneer in the study of solar energy use, began developing the first prototypes in the 1980s, after the devastating Spitak earthquake. Satellite solar ovens, he hoped, would feed his countrymen affordably during hard times

Source: At This Armenian Restaurant, the Ovens Are Satellite Dishes – Gastro Obscura 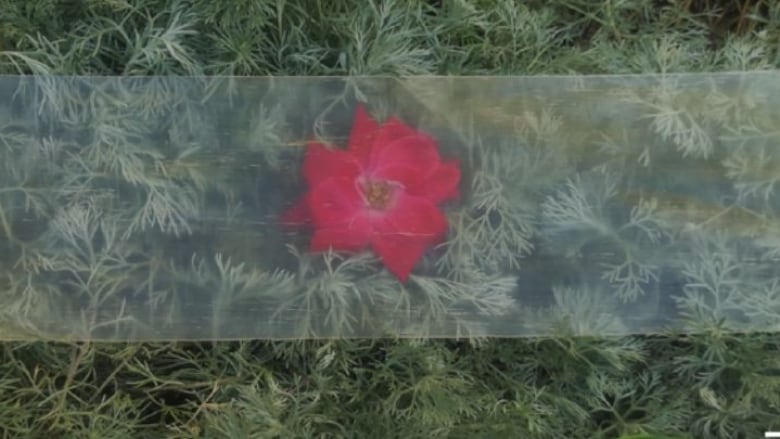 A flower is visible behind a piece of the transparent material. (Qinqin Xia, University of Maryland/Science Advances)

Researchers at the University of Maryland have turned ordinary sheets of wood into transparent material that is nearly as clear as glass, but stronger and with better insulating properties. It could become an energy efficient building material in the future. 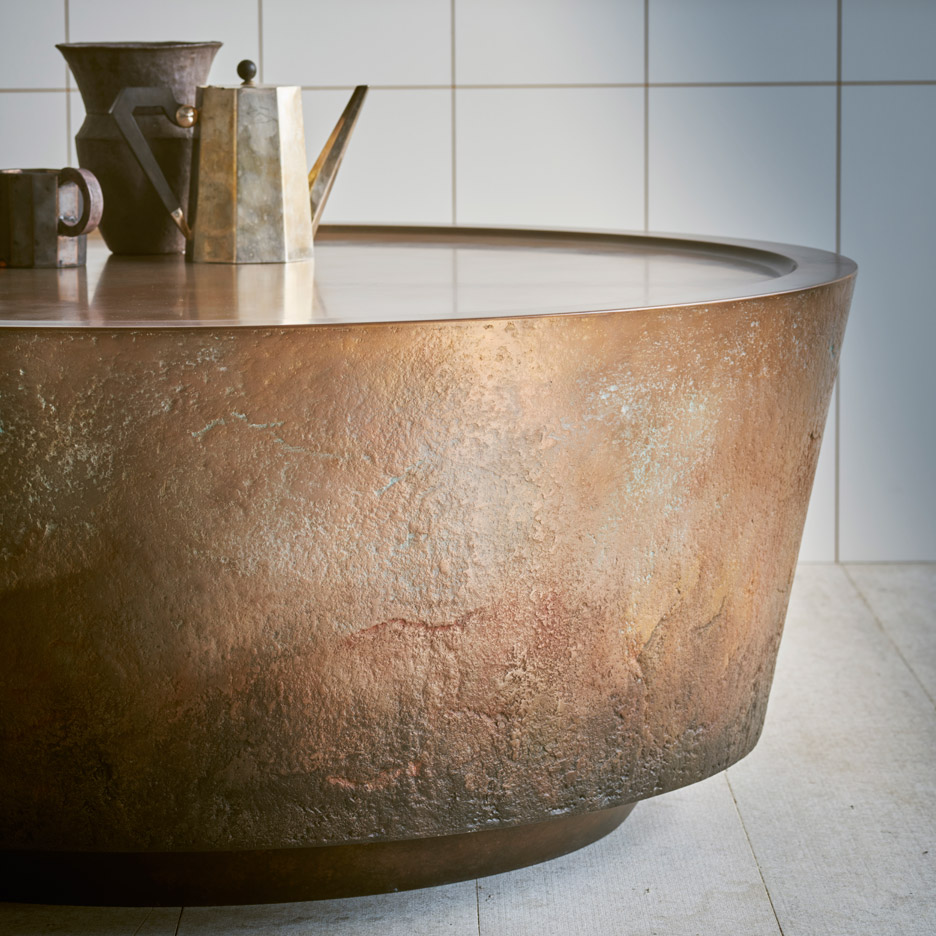 Described by the manufacturers as “a safe alternative to fibreglass and a lightweight alternative to cast concrete”, Jesmonite is made by mixing gypsum plaster powder with acrylic resin.

Source: Where pixelation & taxidermy meet. Future of by Pixidermy on Etsy

The Australian company has been working on AR applications that help designers, builders, and engineers project their virtual designs into the real world through AR glasses like HoloLens. Every speaker is one and only. Using used tire or scrapped B-class tire, every speaker is unique and delivering you a clear and well-Balanced sound experience. Use Bluetooth-enabled smartphone to stream music directly to your SEAL Tire Speaker with no wires attached. 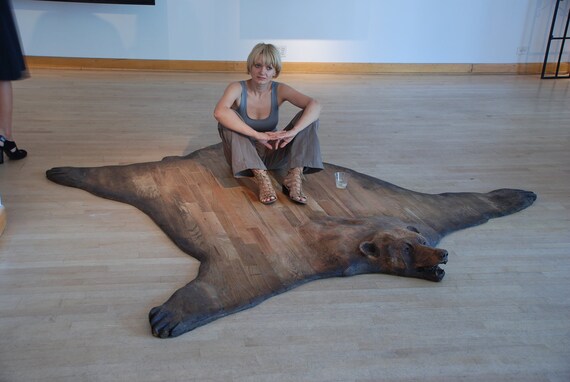 Maison Milan has elevated what a knife can traditionally be. With its sturdy cast-iron handle, the knife stands on its own, upright. The authentic solid walnut blade is easy to wield as it slices through lettuce and other vegetables with no fuss. Inspired by the imperative weight reduction in airplane construction, Bench32 was chosen for its use of Fusion 360’s simulation capabilities to both ideate and render the design. The repetition of 32 wooden spars forms the seating surface, which is held together by 80 metal parts. Reusing parts multiple times and aligning the elements with ample negative space creates a lightweight appearance that results in a sturdy yet lightweight bench comprised of FSC-certified wood or Cradle to Cradle Certified Accoya wood.