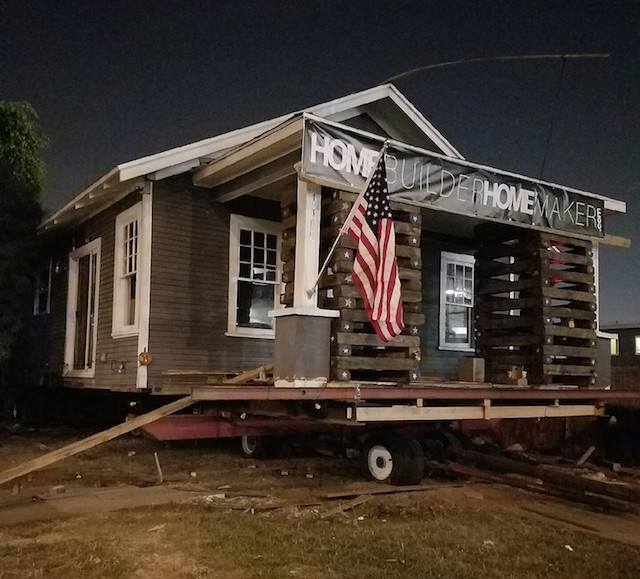 The developers, who were looking to build an apartment complex, had purchased the two homes next door and were dead-set on getting the Raitts to sell. At first, Andrew and Christine were uninterested. They had a new baby. They loved their place. The 1,400-square-foot bungalow was home. But, as Andrew said, “[the developer] just kept bugging us and bugging us and bugging us.” They weren’t particularly interested in selling, until the persistent developer came back with an offer that “would make a lot of sense for us, you know, change our life,” as Andrew put it. Still, the Raitts “were just so emotionally attached to the house.” Finally, Andrew said, they told the developer they would sell under one condition: if they could keep the house.

Source: Video: A 95-Year-Old Bungalow Gets Moved From Hollywood To Los Feliz In The Middle Of The Night: LAist