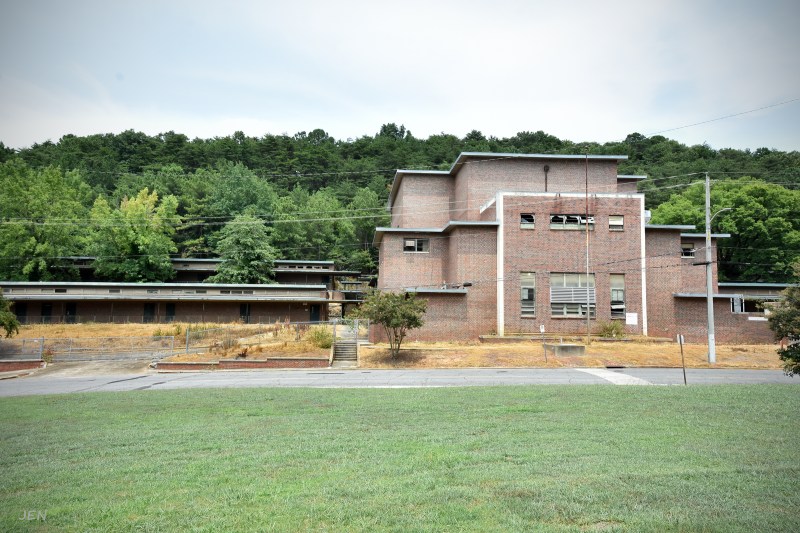 Side view of part of the old Banks school. Photo via Jeff E. Newman

In plain English, the City’s looking for just the right developer who can buy the property as is and develop it into something fabulous. “A long slow goodbye”…that’s how Lois Cortell, Senior Development Manager for the city, described the deconstruction of the Webber Building, also known as the Old Montgomery Theatre downtown.The deconstruction process has been ongoing for about a year now. Cortell says it’s not to be confused with demolition.”One of the conditions of the sale was to maximize the salvage of the materials and to do that really involved a slow deconstruction” she explained. “There are people who would develop or rehabilitate some of these old, historic houses if they can get ownership of some of these properties,” Coleman said.

Under the new rules, the state will waive its lien and transfer the state’s interest to the new local land banks.

Local governments may then offer the property to entities for redevelopment. The new law also expands notification provisions for property owners who are still allowed to redeem their properties if they pay the back taxes.

Coleman stressed that the law was not designed to take away an owner’s property, but to put long abandoned land back to productive use.

“Economic development people are already trying to assemble sites for people who want to come here. The problem is you’ve got a piece in the middle with no clear title to it. This whole current process caused blight. This was always the missing piece because the process was too cumbersome.”

A historic downtown Dothan building appears to be on the brink of destruction.

The Historic Preservation Commission gave the go-ahead to the Downtown Dothan Redevelopment Authority to demolish the building commonly known as the old Wadlington Hotel and Superbad building, located at 161, 171 and 173 N. Foster St.

It was condemned by the City of Dothan half a decade ago due to structural deficiencies.

Since then, several attempts have been made to salvage the building.

The DDRA was on the verge of approving the building’s demolition in 2010 when Eagle Investments swooped in and presented a plan to save it.

Purchasing the building for $1, Eagle didn’t move forward with its plans and eventually decided to give the building back.

Two weeks ago, Eagle exercised the reconveyance clause in its initial contract, giving ownership back to the DDRA.

“It wasn’t a project they thought they could do, so they thought it best to give the building back to us and let us decide what to do with the property,” said Jansen Tidmore, executive director of the DDRA.

According to Tidmore, recent alarming structural changes caused the DDRA to take quick action after recovering the property.

“There’s some bowing in the front walls,” he said. “Some of the walls you can view from the street have changed as far as being able to see a bubble, and that’s alarming because it’s a trend that was spotted in the (Cash Drug) building that collapsed last year, a sure sign this has become unstable. It’s not a matter of if it happens tomorrow or two years from now, but something at some point could be the snapping point for that building, and that’s just too much of a risk for any of us to shoulder.”

Read the rest via Historic downtown building to be demolished | Dothan Eagle.