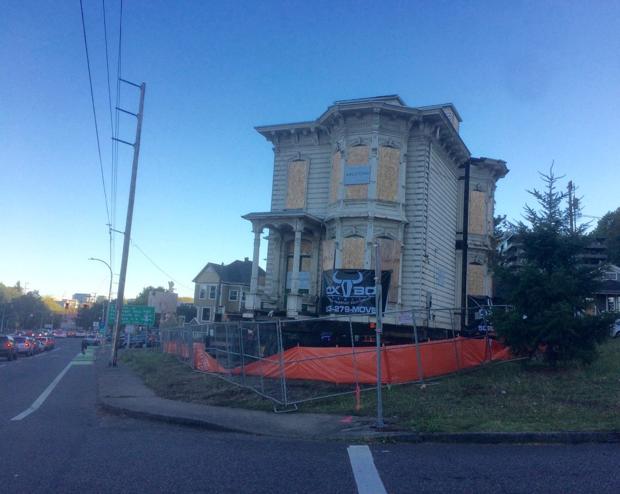 John Killen/Special to The Oregonian

The Morris Marks House was built in 1880 based on designs by architect Warren Heywood Williams. The mansion, commissioned by a Polish shoe merchant, was originally located at 1134 S.W. 12th Ave.. It was moved in two pieces at a cost of about $440,000 in September 2017 to a vacant lot near the Interstate 405 interchange at Southwest Broadway and Sixth Avenue.