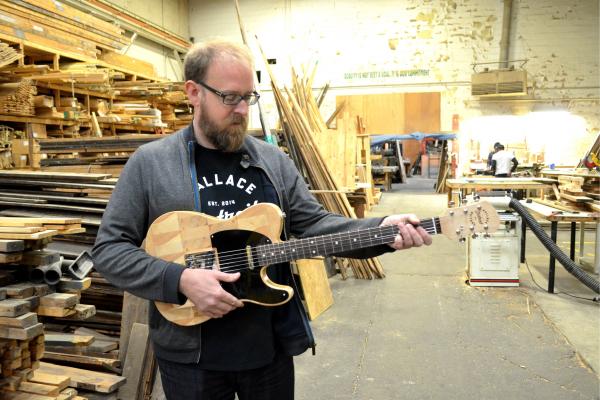 The reclaimed wood used to build Wallace Detroit Guitars — salvaged from buildings in the Motor City — dates as far back as the early 1800s. The handmade guitars are therefore being built with the same vintage, slow-growth wood as instruments made in the golden era of the 1920s, said Wallace Detroit Guitars founder Mark Wallace. “That wood went into guitars, and my wood went into houses,” Wallace said during an interview at Architectural Salvage Warehouse, the nonprofit where he sources maple, ash, walnut and pine. “There’s something fundamentally different about the wood that went into those [vintage] guitars, and that’s what I’m tapping into.”