Join us to see the finished redesign of the benches that have seated millions of Portland’s finest butts. Collaboration design teams will be announced the first week of March on our website and instagram. Collaborators Sign-Up Deadline Feb. 26th @ 6pm (sign-up and info at www.PDXoriginals.com/DWP18) This is for the aspiring or profesional furniture designer inside us all.

A forerunner to the soda fountain, with taps for various flavours including Vanilla, Sarsparilla, Lemon and Root Beer. Guernsey’s

Before architectural salvage became a widely known concept, Mr. Shapiro would steal onto demolition sites to save important items, calling his group the Anonymous Art Reclamation Society, who became known as the “Gargoyle Snatchers.”

Now, his Tribeca shop is holding a huge auction of stuff collected (not stolen!) over the decades. Be there (or be on the phone), when 700 very special artifacts go under the hammer through Guernsey’s — including the mermaid and merman, above, from one of the fountains in Paris’ Place de la Concorde, items from New York’s Plaza and St. Regis hotels, and even the beautiful Edgar Brandt Deco stair rails, ceiling panels and elevator glass from Paris’ Le Bon Marché department store.

via Urban Archaeology to auction historic items — how about a Parisian mermaid with a great backstory for your pool? | National Post. 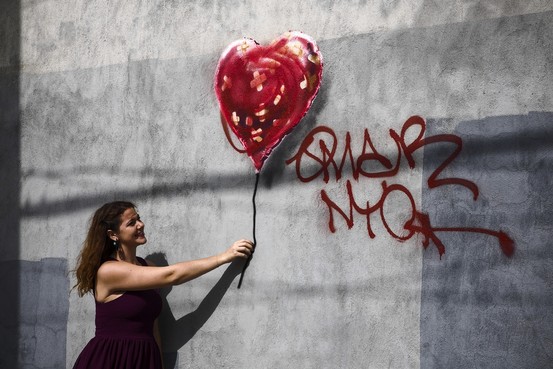 The Red Hook building’s owner sold the section of the wall to art dealer Stephan Keszler about a week after Banksy’s work appeared—and now it’ll be on the block at Fine Art Auctions Miami’s second annual street-art exhibition. Mr. Keszler declined to say how much he paid for the work.

Sebastien Laboureau, an expert on street art and principal at MoonStar Fine Arts Advisors, said he estimates the red balloon work will fetch between $400,000 and $600,000.

Last month, 24 one-of-a-kind pieces made from Hurricane Sandy debris were put up for bid at the Reclaim NYC silent auction. The proceeds from the salvaged material furniture and art went towards helping those affected by last October’s super storm, but a few pieces are still up for grabs! If you had your heart set on owning one of these very special creations, click through our gallery to see some of the remaining ones.