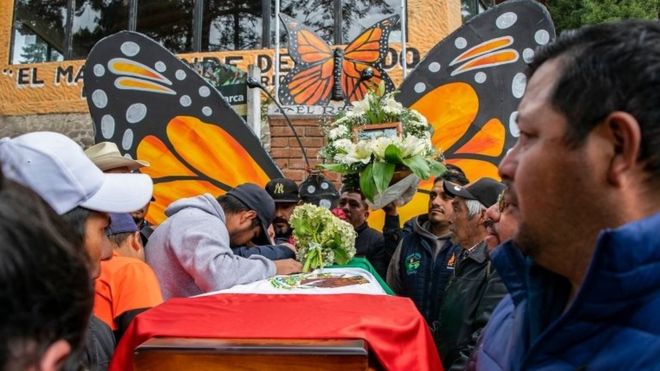 Hundreds of people have been mourning the butterfly activists. AFP

Mr Gómez’s body was found in a well on 29 January. His family said that prior to his disappearance, the activist had received threats warning him to stop his campaign against illegal logging.