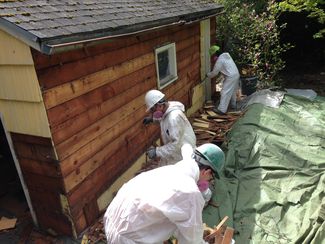 The majority of council members said Wednesday that they plan to approve the ordinance, and Commissioners Jo Ann Hardesty and Chloe Eudaly said they would like to see a more severe penalty for violators. A first offense can lead to a fine of up to $500 and a third or more can be up to $1,500. “I support everything else, but I think if you’re going to hold people accountable, they’ve got to feel it,” Hardesty said. “This is not something that they’re going to feel.”

Source: Portland may expand which old homes must be dismantled by hand – oregonlive.com

Since 2016, one-fourth of whole houses that were taken down in Palo Alto were deconstructed instead of demolished. This means workers were required to disassemble structures so materials could be recycled. The new policy intends to bring the successes of deconstruction to a city-wide scale. The ordinance will impact approximately 114 projects annually, according to a City Council Staff Report. 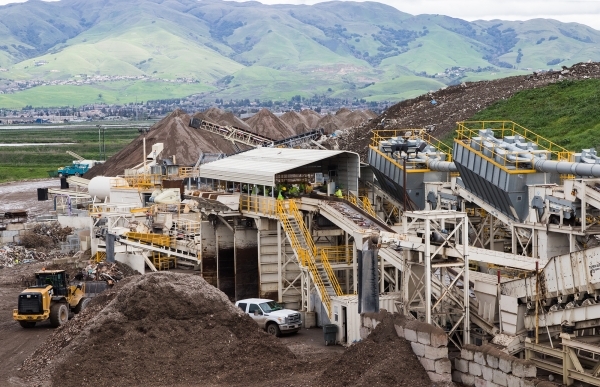 Milwaukee could pause its enforcement of a mandate requiring contractors to deconstruct, rather than demolish, historic homes after a assessment of the policy found that it struggled to get off the ground in 2018.

(Image courtesy of the Delta Institute via Extracting Value through Deconstruction)

On Jan. 1, the country’s second deconstruction ordinance went into effect in Milwaukee. In short, the ordinance “provides deconstruction requirements for the removal of Milwaukee’s older and more historic primary dwelling structures.” Deconstruction, in contrast to demolition, is the process of systematically dismantling a structure in an environmentally, socially and economically responsible manner, aiming to maximize the recovery of materials for reuse and recycling. The ordinance targets primary-dwelling structures built in 1929 or earlier. This reason for this specification? The likelihood that those structures will contain old-growth lumber and other valuable building materials. 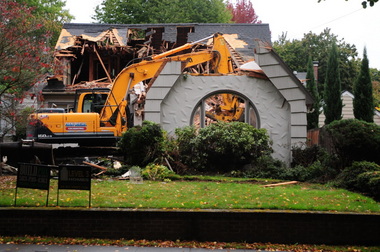 This Eastmoreland house was torn down last fall to make way for new construction. Mike Francis | The Oregonian/OregonLive

Already, though, some say the new rule isn’t enough. A group called United Neighborhoods for Reform wants the City Council to require deconstruction for all homes built before 1978 — when the government banned lead paint in consumer uses.

“When a house is demolished through mechanical demolition, lead is pulverized and sent up into the air and falls into neighbors’ yards as dust,” said Barbara Kerr, the group’s representative on the city’s Deconstruction Advisory Group. “If it’s deconstructed, it poses little danger.”