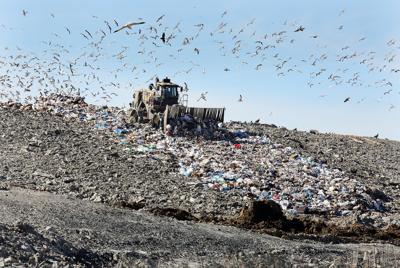 …C&D debris can include drywall, which contains gypsum, a substance that can produce hydrogen sulfide gas when exposed to water or moisture under anaerobic conditions within municipal solid waste.