“Adaptive use involves less waste of materials and less need for new building materials like drywall, plaster and concrete, which are highly energy and carbon intensive, even with the most sustainable production methodologies,” Green Generation Solutions CEO Brad Dockser said to ULI. “The ability to reuse windows, walls and ornamentation is critical. And it’s possible to be highly creative. I’ve seen people put an office or a conference room in what used to be a vault. Instead of spending enormous amounts of money” 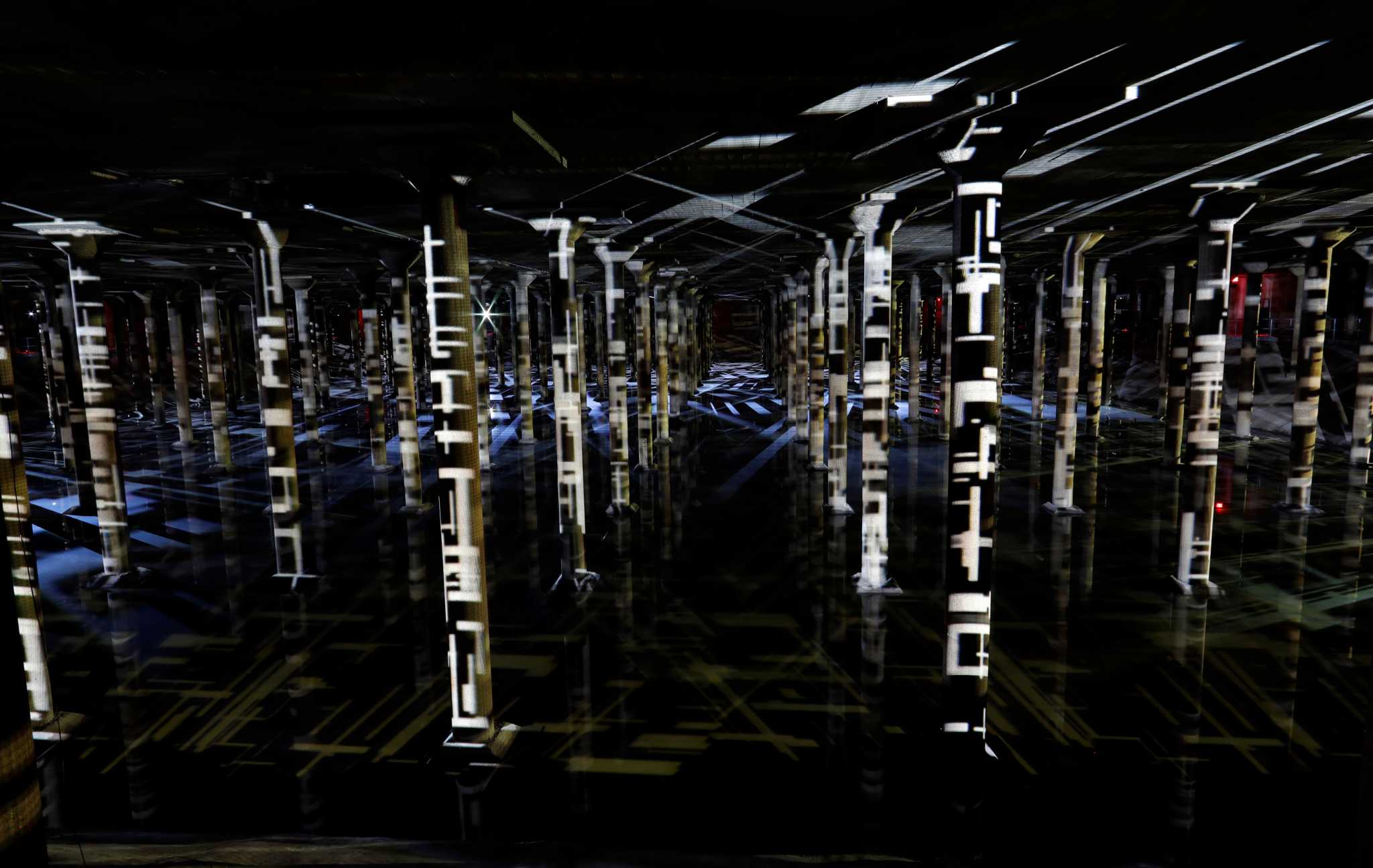 In this Friday, Dec. 16, 2016, photo, the exhibition of an abstract-video installation called “Rain” by Venezuelan artist Magdalena Fernández is projected inside a former water reservoir dubbed the “Cistern”.

It’s the latest example of efforts by U.S. cities — including Atlanta; Buffalo, New York; Philadelphia; San Francisco; and Washington, D.C. — to repurpose abandoned and dilapidated pieces of infrastructure as public spaces. Urban planners see the preservation of historic buildings and other structures as essential in creating the kinds of communities people want to live in, said Stephanie Meeks, president and CEO of the Washington, D.C.-based National Trust for Historic Preservation. 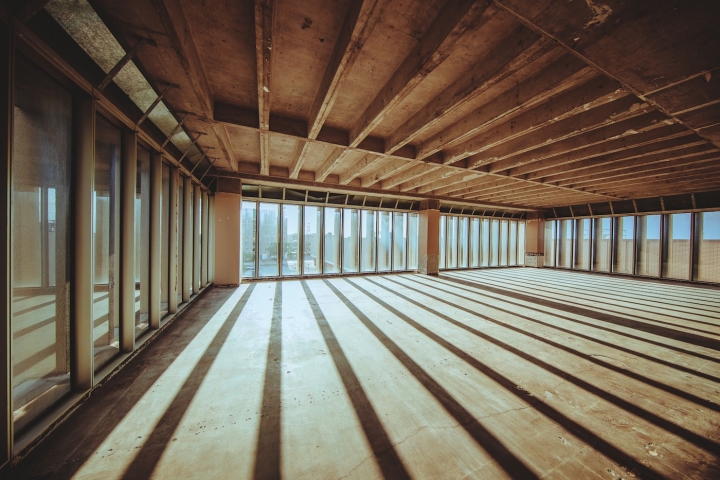 Similar to the Buffalo Bayou cistern, Day for Night will work with its industrial setting that stretches more than 1.5 million square feet. Musicians like Blood Orange, John Carpenter (yes, the film director), and Aphex Twin will take over the surrounding parking lots; inside, among the broad halls and matrix of columns, 14 artists are creating interactive art installations, such as Shoplifter’s hairy “Ghostbeat” sculptures and witchy “Crimson Lotus” light work by Damien Echols. On one floor, “Björk Digital” by the Icelandic singer will fill five rooms with digital and video work, including “Black Lake” which premiered at her recent exhibition at the Museum of Modern Art (MoMA). 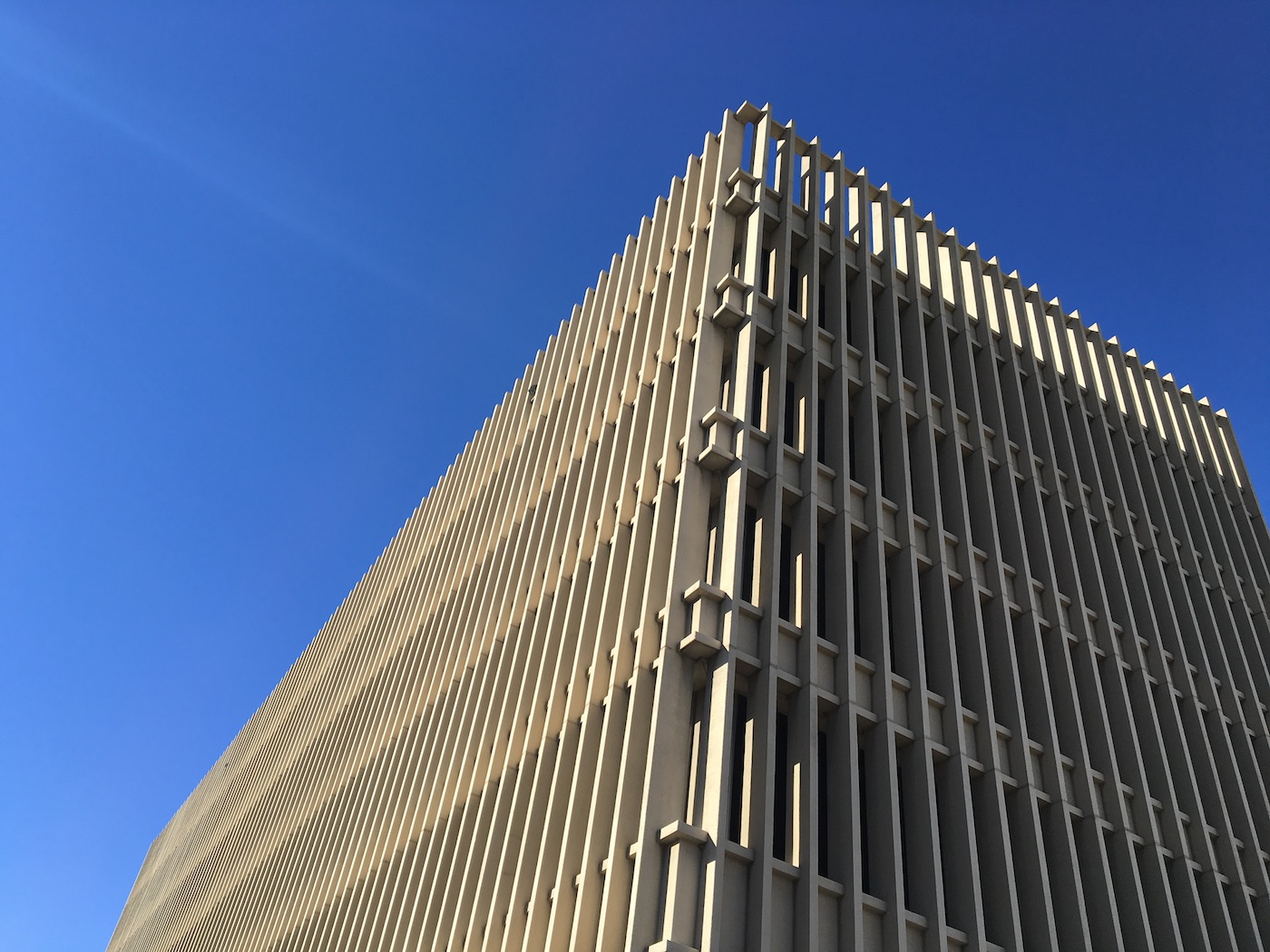 Source: A Modernist Houston Post Office Is Reborn as a Colossal Event Venue It’s the Funnel Tunnel, a recent public art installation by artist Patrick Renner, commissioned by Art League Houston. The snaking 180 foot sculpture was built from steel and reclaimed wood and snakes its way just outside the ALH building in Houston. via The Funnel Tunnel Snakes its Way Through the Streets of Houston | Colossal.

The Salvage Warehouse first opened in September 2003 under the direction of Lynn Edmundson. Over the course of almost a decade, Edmundson and Historic Houston saved tons of building elements from the landfill, instead selling the salvaged goods to architects, designers, artists, home builders and property owners.

“Salvage Warehouse is a critical component to close the recycling loop,” Edmundson told CultureMap. “You’ve harvested those resources once. Why just throw them away?”

Deconstruction will begin again as soon as Edmundson lines up a steady flow of houses for her crew to work on.

The problem was that Historic Houston offered its deconstruction services to donors for free. The business model wasn’t profitable.

When Edmundson was approached by a construction company looking for a non-profit partner, she immediately saw the solution.

Under a new model, a third party — at least in the beginning, Edmundson’s new entity called Reclaimed Resources — will do the deconstruction work on behalf of Historic Houston.

The third party will get paid for its services (rates are determined on a case-by-case basis), and the Salvage Warehouse will be utilized as the storefront to sell the items collected in the deconstruction process.

This structure is a win-win for all parties involved: Reclaimed Resources doesn’t want to get into the retail side of the business. Salvage Warehouse will stop undercutting its own market in the complicated and sometimes expensive deconstruction process. Donors will qualify for charitable contribution tax breaks for the gift of reclaimed goods, which often off-sets the cost of deconstruction and subsequent demolition.

END_OF_DOCUMENT_TOKEN_TO_BE_REPLACED

A total of approximately 189 blighted structures throughout the city will be razed as part of the mayor’s 2012 demolition initiative.  The structures approved for demolition were selected from a list of properties for which the hearing order date has expired and which the owner has failed to bring into compliance.

“One of my highest priorities for Houston is improving quality of life and making our neighborhoods safer.  Clearly, the problem of dangerous and abandoned buildings is urgent,” said Mayor Parker.  “This year’s demolition plan aims to make the best use of limited resources, working in partnership with the Houston Contractors Association to reduce the problem.  It is a fiscally-responsible plan that gives first priority to those structures assessed as the most dangerous.”