He reflected on what this abundance of waste could mean in a region with limited economic activity. The result? An ambitious, wide-ranging waste management company Wiper dubbed 3F Waste Recovery. “3F is founded on the principle that every molecule that comes through our door, we want to have an application for it,” Wiper explains. “My vision is the landfill of the future—where producers can take anything they haven’t processed, to break it down into a form that has a function.”

Source: The Landfill of the Future | Hakai Magazine 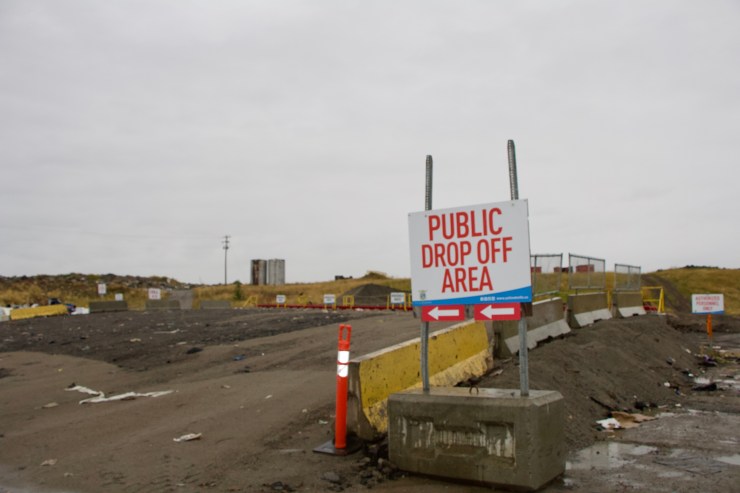 “In general, we’re just trying to be strategic with how waste is handled and processed on-site so that it’s safe, we’re compliant to regulations, and people really take pride in the Yellowknife landfill.”

Source: As salvaging reopens, YK says dump has changed for the better 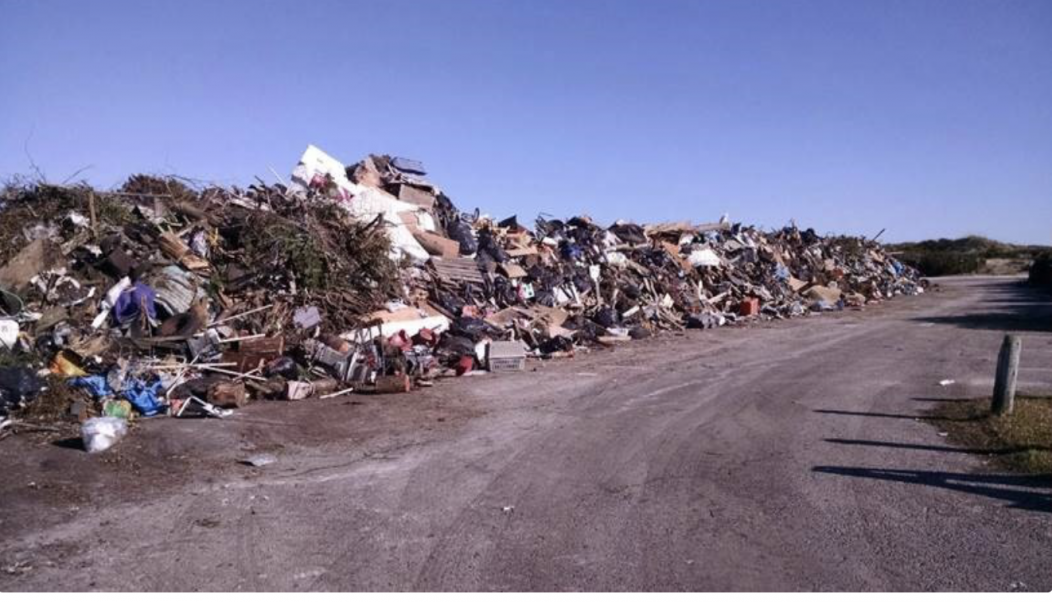 “What’s allowed to disposed of — the materials management — we want to use the science and the data to properly regulate it,” Brinchek said. “We are the receivers of the material, not the generators.”

Source: Your discarded carpet is poisoning the Earth with PFAS | NC Policy Watch Carpet removed in construction and demolition projects cause a myriad of problems, including the cost and accessibility of carpet recycling programs. The difficulty of recycling carpeting is because a carpet is comprised of an assembly of parts – the face fiber and backing system – each of which plays a role in the performance of the carpet.The face fibers are considered to be the most valuable part of the carpet for recycling. However, identifying and separating the type of face fibers is a tedious process, considering each face fiber has different properties, so they must be separated. What’s more, the backing systems most often include latex and polyvinylchloride (PVC) backing systems, both of which require different procedures in properly recycling these carpet components. 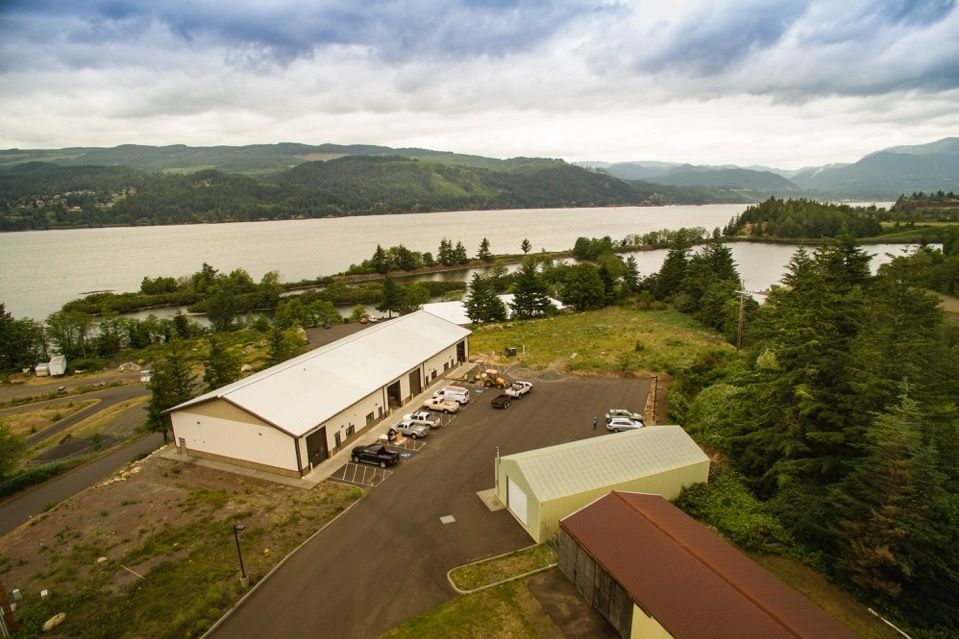 Renewal Workshop HQ: a  stone’s throw from Bridge of the Gods in the beautiful Columbia Gorge. IMAGE: RENEWAL WORKSHOP

So what does the Renewal Workshop sell? Unique, restored activewear diverted from landfills and offered at significantly discounted prices. From its Cascade Locks repair facility, the Workshop intercepts articles of clothing from some of the biggest West Coast names in the outdoor clothing industry (think Prana, Ibex, and Mountain Khakis) that—due to small tears, sewing malfunctions, discolorations, and the like—have been deemed unfit for regular retail and normally would be on their way to landfills.  Instead, the Renewal Workshop founders have worked out a unique arrangement with these companies: rather than trash these items, they’re gifted, and shipped, to Cascade Locks, to be washed and mended back to retail quality.

Henderson said getting people to recycle more isn’t the issue. About three-quarters of all waste from construction and demolition are already being recycled. Rather, it’s the capacity limitations of the region’s 12 recycling facilities that’s now emerging as a concern.

The WEF claims that less than a third of all construction and demolition waste is recovered and reused, resulting in billions of tonnes of materials being wasted. In the United States, about 40 percent of solid waste derives from construction and demolition.“Such waste involves a significant loss of valuable minerals, metals and organic materials,” wrote the WEF’s Keith Beene. “With such quantities involved, even small improvements in the way the construction industry works will have significant impacts on sustainability.”

The tool could be used for planning operations and closures, determining economic and technical feasibility and responsible every day management. The author of the project, Spanish Master’s Degree student Joan Esteban Altabella  from the University of Jaume, has received the prize for the best paper presented at the 17th International Congress on Project Management and Engineering.

By finding additional purpose for the otherwise useless demolition and construction waste, the tool reduces the environmental impact caused by quarrying. The landfill operators can also achieve substantial cost reductions, if they employ the construction waste instead of landfill aggregate purchased from a quarry.

We’ve posted before about land being reclaimed for urban farms.

Inhabitat is featuring an article on a home built on a reclaimed landfill.  The home also features reclaimed materials.  We like where this is headed…

Since the site’s former use as a landfill has resulted in poor soil quality, Shipley decided to combat this by building a home that floats above the surface, like a boat. Not only do the concrete stilts secure the house, but they also significantly lessen its impact on the land. Shipley also recycled wood salvaged from one client’s dancefloor into the frame of the Like a Houseboat, cutting costs and energy.

Hundreds of Brazos County residents gathered Tuesday night at the Hope Evangelical Church to voice their concerns about a proposed private landfill near College Station.

The landfill would be located two miles west of College Station on FM 60 near Easterwood airport.

Staff members from the Texas Commission on Environmental Quality were present at the meeting to hear from residents, many of whom expressed concerns about the possibility of an eyesore in the community.

The landfill would take in 400 to 800 tons of construction and demolition waste each day and could help local businesses by providing a way to dispose of waste, but it is not a welcome project for everyone.

Concerned resident John Bounds said, “This 1100 foot high rubble pile will be here forever, forever. What a legacy to leave our children, our grandchildren, and their grandchildren.”

If approved for Brazos County, the debris pit would take about 15 years to fill before it would grow taller than the area around it. Once filled and covered with dirt, Charles Mancuso of Brazos Valley Recycling says it would resemble a grass hill.

via Hundreds Meet to Protest Plans for Construction Debris Landfill Near College Station.

Every year, an estimated 8 million to 9 million tons of construction and demolition waste is dumped in Tennessee.

Multinational landfill companies extract $1.4 billion annually from our state to collect, process, haul and landfill solid waste at a cost of $160 a ton; $1.4 billion is nearly the total budget of Metro Nashville. Solid waste is transported 12 million miles a year to landfills in Tennessee.

END_OF_DOCUMENT_TOKEN_TO_BE_REPLACED

As W.B. Yeats could have put it, ours is no country for old buildings. Each year, countless aging and outdated structures are dispatched by our $4 billion demolition industry. Even the recent economic retrenchment has hardly altered the nation’s out-with-the-old, in-with-the-new mind-set. In 2010 alone, an estimated 104 million tons of materials flowed in from project sites all over the country, accounting for as much as 40 percent of the U.S.’s annual solid-waste stream. The garbage comprises not only rubble and rotting beams, but also countless odds and ends from new construction such as cast-off nails and packaging. So whether they’re putting something up or taking something down, architects are indirectly making a mess.

What happens to buildings that we’ve replaced? The general procedure for clearing a site has remained more or less consistent for decades: Client contracts with architect, architect contracts with general contractor, who hires a demolition firm that turns refuse over to hauling company, and hauling company drops it off at the dump. Salvageable building parts, such as floorboards, tile, and windows, that could be pulled from the wreckage are often not, since few people know who might buy them and for how much, or where to stow them in the meantime. Likewise, taking the recycling route—in which materials are broken down into their constituent parts, reprocessed, and resold as new and, most likely, different products—could introduce a swarm of logistical challenges that builders have little incentive to pursue, particularly with so many cheap landfills nearby. As a result, with the exception of scrap metal, structural materials such as concrete (which can be recycled) often end up in the trash as well.

A Rebirth in Recycling

We are moving away from the status quo of how we handle our construction and demolition waste for many reasons. Dumping has become more expensive and thus less appealing for contractors and clients, says William Turley, executive director of the Construction Materials Recycling Association (CMRA), a national umbrella organization based in Eola, Ill., that represents 245 waste-management companies that give a second life to concrete, wood, and steel. Compared to Europe, which recycles an estimated 46 percent of its construction and demolition waste, the U.S. recycles at a rate of 30 percent. “Landfill prices [here] are still very low, but they’re getting higher,” Turley says.