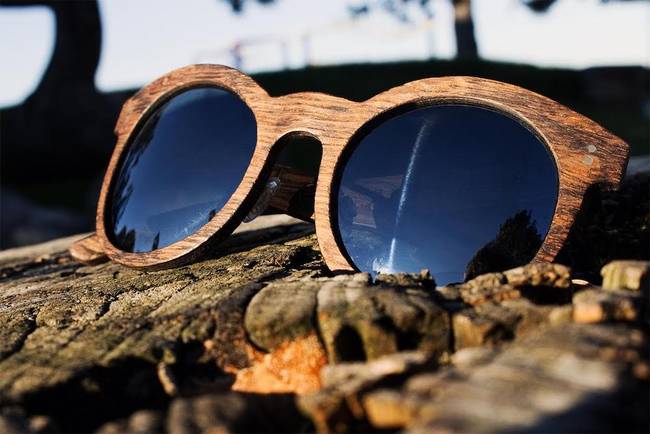 These logs are from trees that began growing about 500 years old or more, the remaining spoils of the logging boom that ravished eastern Canada’s forests throughout the 19th century. At the time, millions of logs were transported along waterways, floated down rivers and over rapids and hauled across lakes by tugboats in giant ‘booms’. They were destined for the shipyards of Europe and sawmills of America. Sometimes these logs sank to the bottom of the lake, where they were preserved in the cold, dark water. Only now, nearly two hundred years later, are they resurfacing.

Source: Loch sunglasses are made of 500-year-old timbers from the Great Lakes : TreeHugger