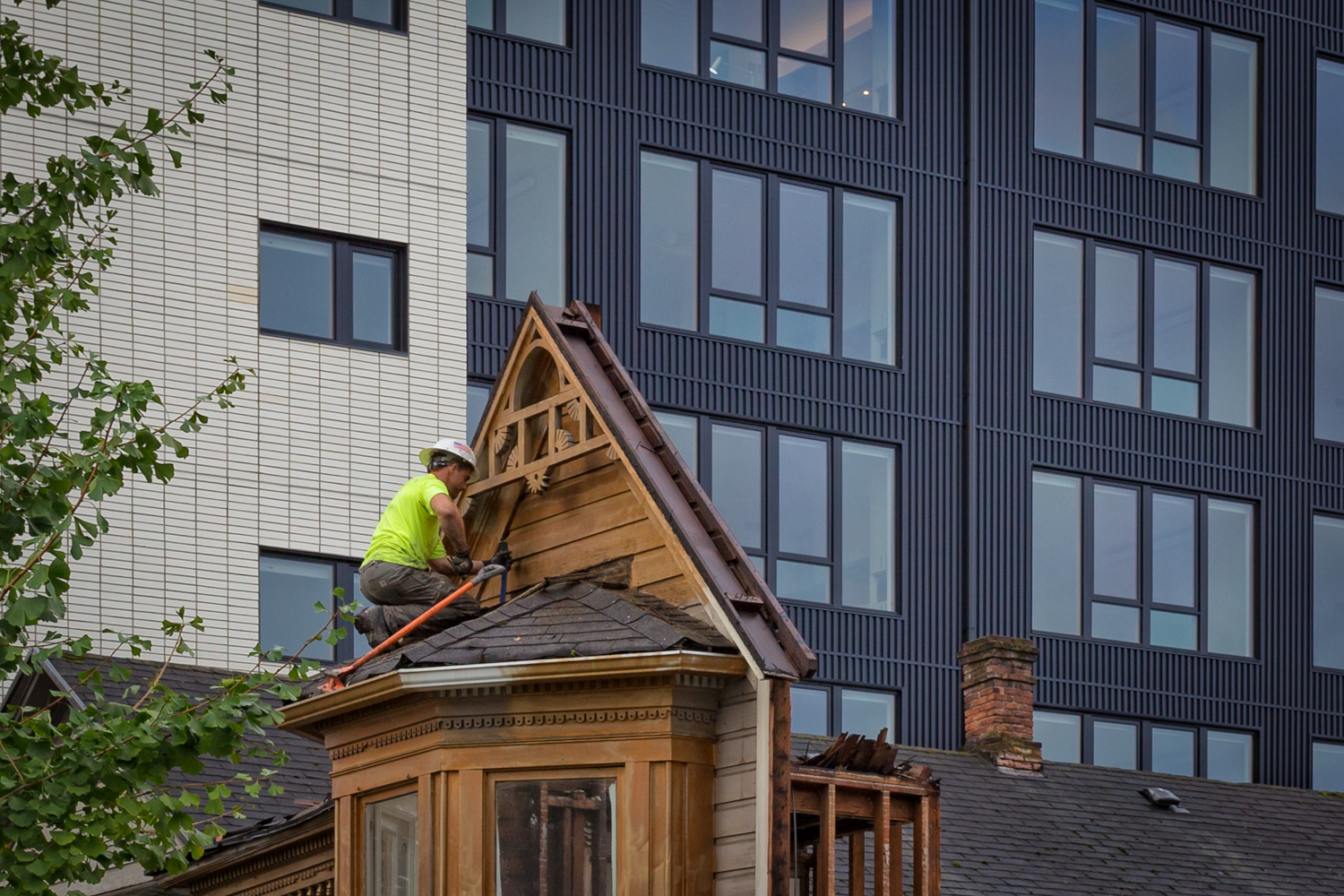 Deconstruction of an 1884 House in Portland. | Credit: Scott A. Tice

It is important to note, too, that Portland city leaders also considered deconstruction as a job engine. Although rehabilitation of an older building—one that is neither demolished nor deconstructed—is likely to generate more jobs than deconstruction, supporters of the ordinance noted that deconstruction will provide six to eight jobs for every one job associated with traditional mechanized demolition. Furthermore, although it doesn’t compare to the reuse of an entire building, deconstruction will provide carbon-reduction benefits by preserving the embodied energy of at least some existing building materials and by cutting the greenhouse gasses associated with sending waste to landfills.

Source: Shifting the Paradigm from Demolition to Reuse: New Tools – Preservation Leadership Forum – A Program of the National Trust for Historic Preservation