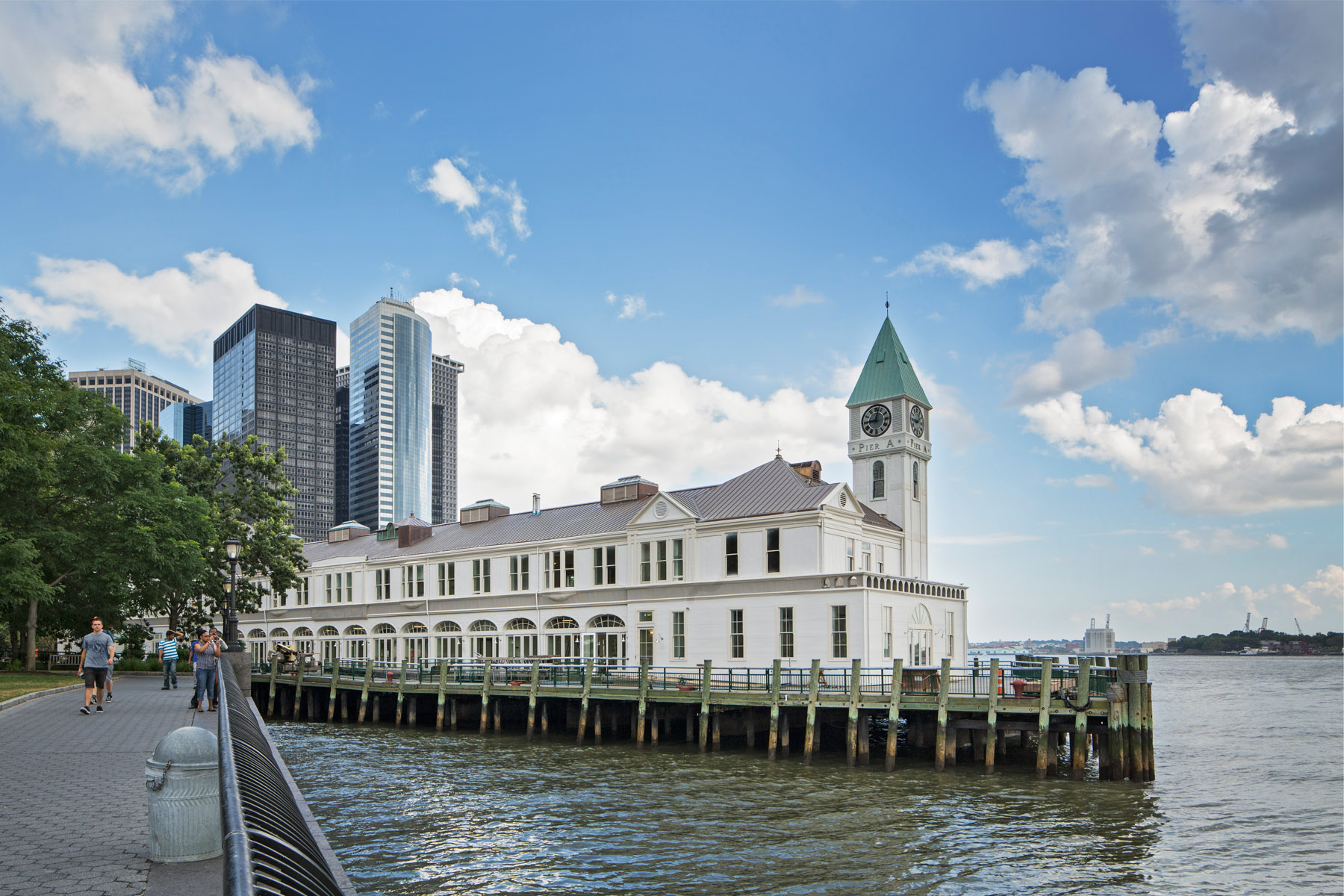 Pier A after restoration. Photograph by Edward Hueber/archphoto

“This structure, the oldest functioning pier in New York City, sat vacant and deteriorating for three decades,” said Jay DiLorenzo, President of the Preservation League. “Built in 1886 at the tip of Lower Manhattan, it was once a command center for the bustling harbor traffic on the Hudson River. But its floor plan, based on its original use as administrative offices for government agencies, presented significant challenges for adaptive reuse as a public gathering space. As so much of New York’s maritime heritage is threatened, this rehabilitation demonstrates how the city can both embrace the historic waterfront’s history and give it new life, while preparing for the challenges of a changing coastal environment.”

via Pier A Restoration and Adaptive Reuse in NYC to be honored.