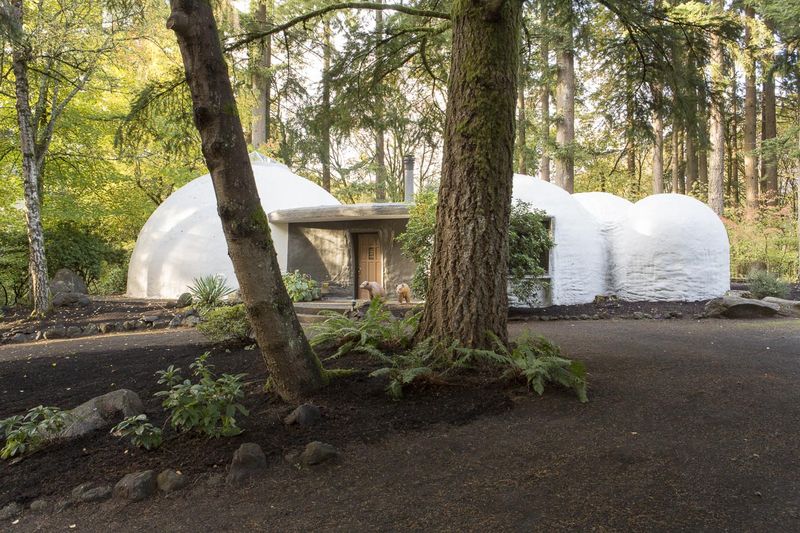 Built in 1978, the 2,400-square-foot house was the brainchild of Francisco Reynders, a Dutch artist, set designer, and mime who trained under the legendary French mime Marcel Marceau. According to Oregon Live, Reynders was inspired to build the home after finding discarded gun turret shrouds of an WWII aircraft carrier at a junkyard on the Willamette River. Reynders, no fan of regular boxy houses with sharp angles, set out to the create his “organically sensuous” dome home, and the shrouds ended up becoming the two smaller bedrooms and bathrooms—the holes for the warship’s cannons became the skylights. 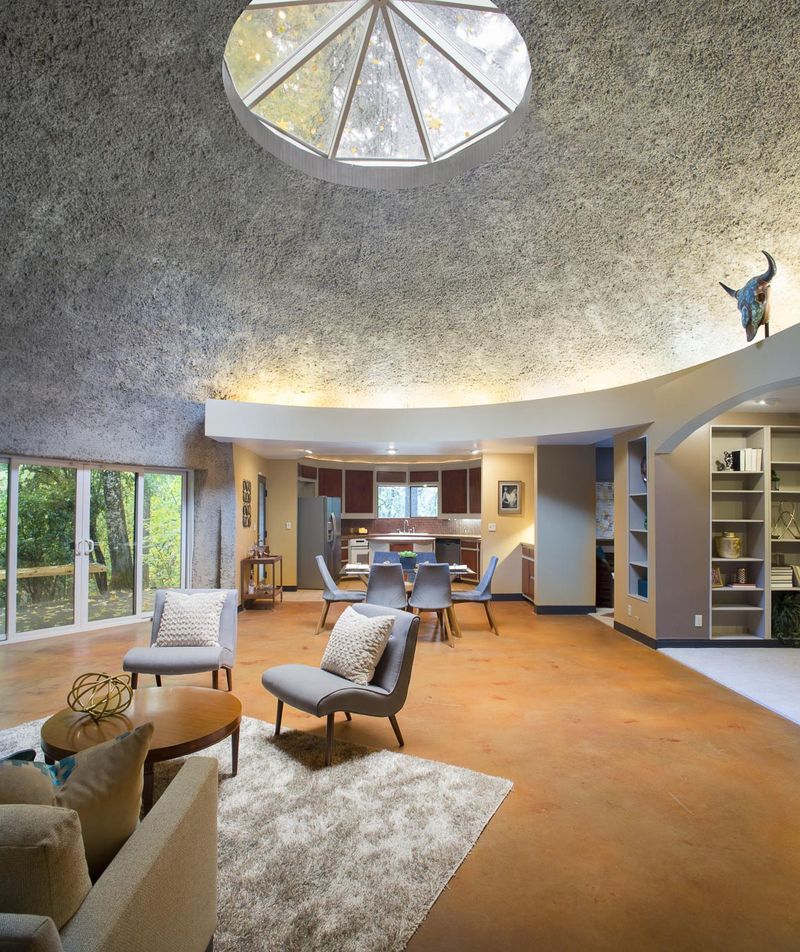