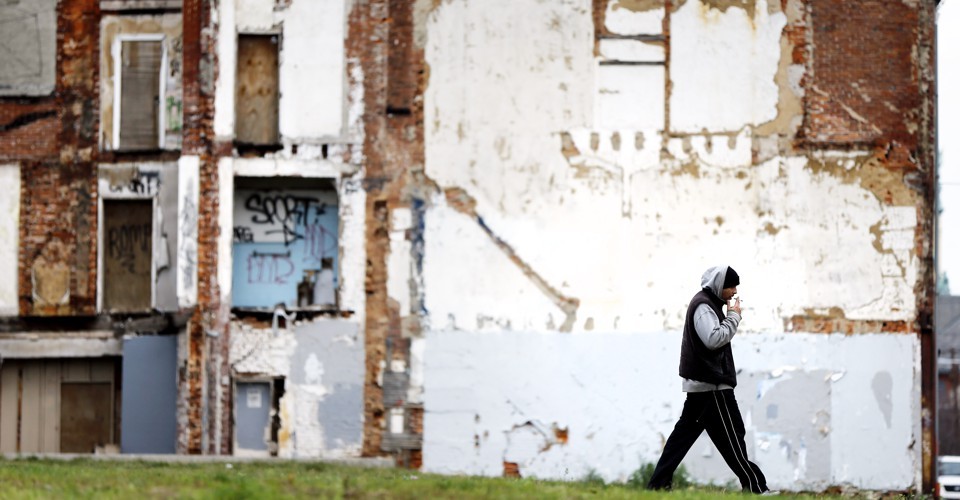 A man walks through a vacant lot in the Northern Liberties neighborhood of Philadelphia. (Matt Rourke/AP)

In other words, rather than wielding code enforcement as a way to punish offenders or extract revenue, Schilling argues that the wellbeing of residents ought to be restored as housing policy’s central purpose. “We need to return housing back to its roots,” he says. “Housing codes were initially framed as a way to protect public health. While there’s still some of that, it’s so often become secondary.”